The word “phablet” has kind of lost its meaning in recent years, now that phones with 5.5 inch or larger screens seem to be just about common as models with smaller displays. But an upcoming 6.6 inch smartphone from Huawei has me tempted to pull the word out of retirement because let’s phase it, the phone’s pretty much tablet-sized.

The Huawei Honor EDI-AL10 showed up at China’s TENAA website recently, and rumor has it that the phone will be branded as the Honor Note 8.

Update: Huawei has officially launched the Honor Note 8 in China. 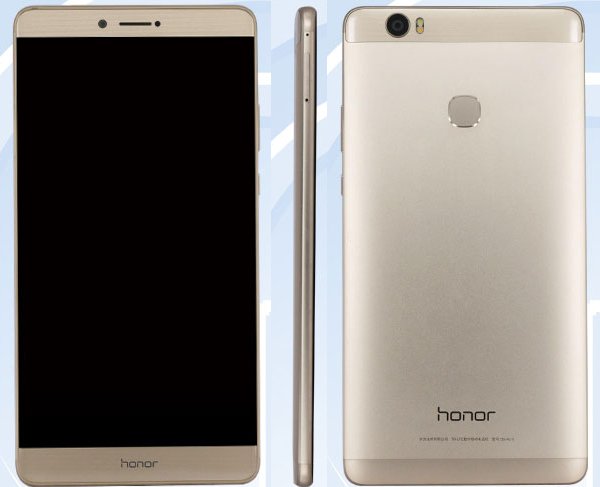 That would make it the big sibling of the recently launched 5.2 inch Honor 8. But the Honor Note 8 isn’t just bigger, it also has a higher-resolution display, a bigger battery, and more RAM, among other things.

It has a 13MP rear camera and an 8MP front-facing camera and a microSD card slot with support for up to 128GB of removable storage. There’s also a fingerprint scanner on the back of the phone.

The phone is powered by an unnamed 2.5 GHz octa-core processor, which will likely be a variant of the Kirin 950 processor used in the smaller Honor 8 smartphone.