Some smartphone makers are catering to the selfie snapping crowd by producing phones with high-quality front-facing cameras to compliment the cameras on the back of their phones.

But every now and then we see a different approach: like the Huawei Honor 7i which only has one camera… but it’s a camera which can flip out to face the front of the phone or fold down to face the back. 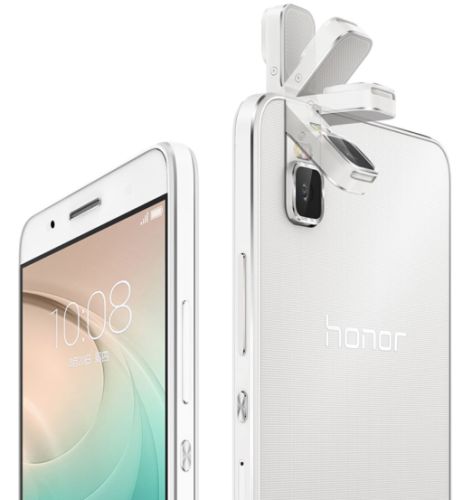 The Huawei Honor 7i is up for pre-order in China, where it should hit the streets in September.

The phone features a 13MP camera with a dual LED flash lens and a mechanism that lets the camera rotate 180 degrees. It’s not the first phone to feature a rotating camera, but Huawei has used an unusual mechanism which has the camera flipping out so that it’s above the screen when it faces forward.