One of the benefits of a huge smartphone display is that it also leaves room for a massive battery — the Ascend Mate has a 4050mAh battery, something you’d usually find in a tablet, not a phone. 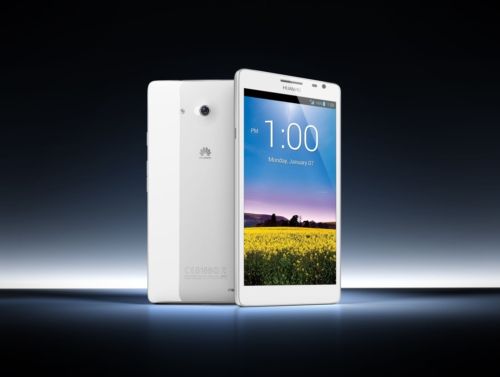 Under the hood, the phone is powered by a 1.5 GHz Hi-Silicon quad-core processor, Android 4.1 Jelly Bean software, 2GB of RAM, and 16GB of storage.

The Ascend Mate should be available in China in February.

Just like Samsung sells the Galaxy Note II, but markets the Galaxy S III as its flagship device, Huawei isn’t pushing the Ascend Mate as its primary smartphone. The company’s latest flagship phone is the Ascend D2, with a 5 inch, 1920 x 1080 pixel display, the same quad-core processor, 2GB of RAM, and 32GB of storage.