One of China’s biggest smartphone makers isn’t exactly a big name in the United States yet. But Huawei hopes to change that, and one part of the company’s strategy appears to be a new online storefront where customers can order unlocked phones straight from Huawei.

It’s easier than getting wireless carriers to offer your phone, I guess… but other unlocked phones like the Google Nexus 5 and Motorola Moto X aren’t exactly household names outside of geek circles.

Anyway, Huawei’s kicking things off by taking pre-orders for the $300 Huawei Ascend Mate 2 smartphone with a 6.1 inch screen. 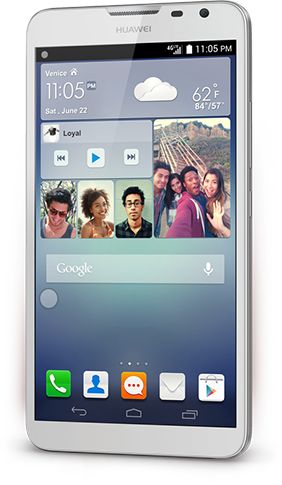 The Ascend Mate II is a phone for folks that want a big screen, a big battery, and who would rather buy a phone outright than spread out their payments over the course of a wireless contract.

Spec-wise, it’s hardly the most powerful phone on the market. But it’s not a bad looking phone, and it has a few things going for it including an enormous 3900mAh battery which provides up to 25 hours of talk time.

Here are some of the phone’s highlights:

8 replies on “Huawei begins selling unlocked phones in the US”