The Yotaphone 2 from Yota Devices has been grabbing headlines recently for its dual-screen layout, featuring a color display on one side of the phone and a low-power E Ink display on the other. But with a $550 price tag during a crowdfunding campaign and an expected retail price of $600, the Yotaphone 2 isn’t exactly cheap.

Soon it may not be the only option though. A company called Huateng is showing off a prototype of a new dual-screen phone called the Huateng Flag D1 which could sell for about half the price of a Yotaphone 2. 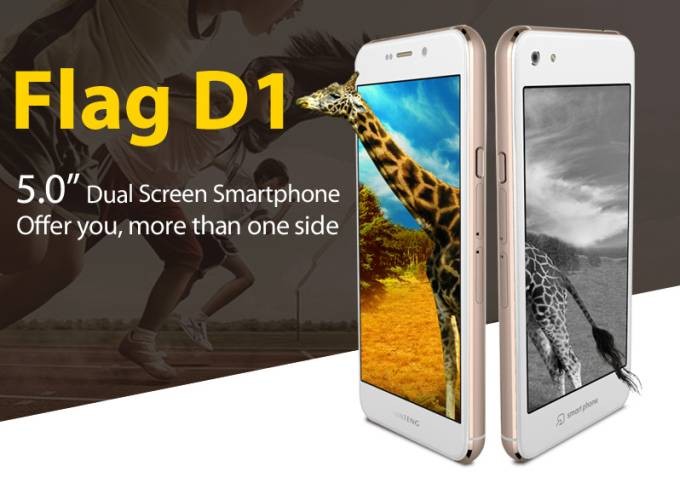 The company says you should be able to get up to 4 days of run time from the 2,000 mAh battery when using just the E Ink display.

ARMDevices and Notebook Italia each caught up with the company recently and  recently and got a look at a prototype (which has a non-working E Ink display). The company says the design should be finalized soon and mass production could begin in June.

The dual-screen phone is expected to go on sale in China this summer for a little over $300.

What remains to be seen is how well the phone will compare with the Yotaphone when it comes to software, performance, and build quality. At half the price, I’d be surprised if it offers the same level of quality. On the other hand, it also won’t have the same level of impact on your bank account balance.

It’ll be interesting to see whether dual-screen phones with E Ink displays become a trend.