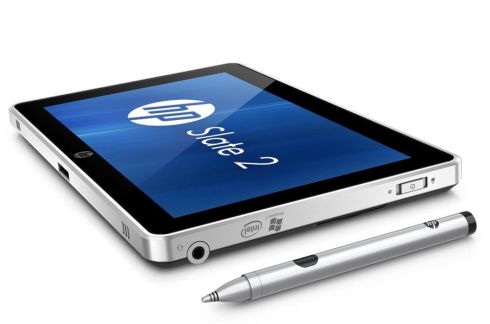 It’s been just over a year since the HP Slate 500 launched, so it’s about time for an update. If you feel like you haven’t heard much about this tablet over the last year though, that’s not surprising. It’s aimed at enterprise users and hasn’t really made as much of a splash as the HP TouchPad webOS tablet the company launched and then canceled this summer.

The Verge reports that the HP Slate 2 should get better battery life, offer more security features, and have a flat back panel. It will be available for purchase later this month for $699 and up.

It’s also the first Windows tablet I’m aware of to come with the Swype keyboard which lets you enter text by sliding your finger from key to key instead of lifting your finger and tapping out letters and numbers one at a time. Honestly, I think Swype makes a lot more sense on smartphones than tablets, since it’s easier to slide a finger across a small screen than a large one, but it’s interesting to see that Swype isn’t just for Android anymore.