The Asus Padfone 2 is a smartphone with a 4.7 inch display, a quad-core processor, 2GB of RAM, and a 13MP camera. There’s also an optional docking station that turns the phone into a 10 inch Android tablet.

Asus hasn’t started selling the Padfone 2 in the US or Europe yet, but it’s already available in Taiwan. And Reddit member imkharn has figured out how you can get the Taiwanese model to work in the US on AT&T or T-Mobile’s network. 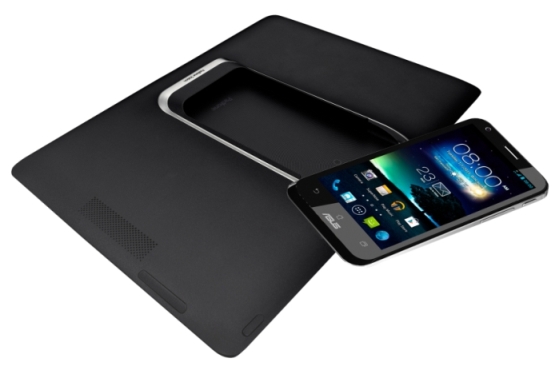 At this point there’s no way to get the Taiwanese model to fully support 3G or 4G LTE in the US. So if you’re not happy with 2G speeds (which imkharn says are fast enough to stream music), then you might also want to pick up a mobile hotspot.

But it’s actually pretty easy to set up the Padfone 2 to make phone calls, send and receive text messages, and use WiFi and 2G in the US.

First you’ll need to find a place to buy the Padfone 2. Negri Electonics is selling a 16GB model for $877 and a 32GB version for $977. Or you can buy a Padfone 2 from eBay seller Buyshoptw which offers just the phone for $699 and up or the phone and tablet dock for $919 and up.

Then imkharn’s guide  will walk you through the next few steps, which involve switching your phone’s language to English, convincing the folks at the AT&T store to give you a SIM card and a contract that will work with the phone, and then setting up the phone to work with AT&T’s 2G network.

It all seems like a lot of work to go through to get a phone/tablet hybrid that costs nearly $1000 to work with 2006-era internet speeds. But since it’s not clear whether the Padfone 2 will ever go on sale through normal US retail channels (the original Padfone never did), this is pretty much the only way to go for now if you want to use the new Padfone in the States.