HTC is holding an event tomorrow, and rumor has it that the company plans to launch at least three phones, codenamed Ocean Smart, Ocean Master, and Ocean Note.

Picture of the Ocean Note have allegedly been leaked on Chinese social media site Weibo, and as Android Police points out, one of them has a familiar-looking feature: a small secondary display above the primary screen.

It looks virtually identical to the Ticker displays used on the LG V10 and LG V20 smartphones. 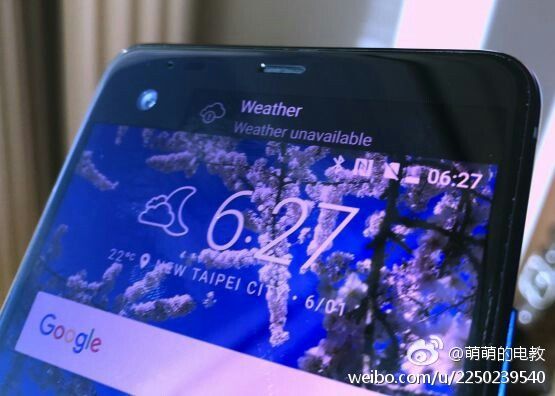 LG uses this area as an always-on display that can show notifications, app icons, or other information even when the primary display is turned off. It’s likely that the Ocean Note will have similar functionality.

Writing for VentureBeat, Evan Blass says he has a source that says the phone will have a Qualcomm Snpadragon 821 processor, 4GB of RAM, 64GB of storage, and Android Nougat software. It’s also said to have the same, highly-rated camera used in the Google Pixel and Pixel XL smartphones, which were manufactured by HTC.