Taiwanese device maker HTC has largely become a shadow of its former self since selling most of its smartphone division to Google (and arguably for several years before that).

So at first glance it might be a little surprising to see a new HTC smartphone launching in India this week.

But as xda-developers points out, the HTC Wildfire X isn’t really an HTC device at all. It’s being produced and sold by InOne Smart Technology, a company that also makes the Lava-branded line of smartphones for the Indian market. InOne is just licensing the HTC name for its latest phone. 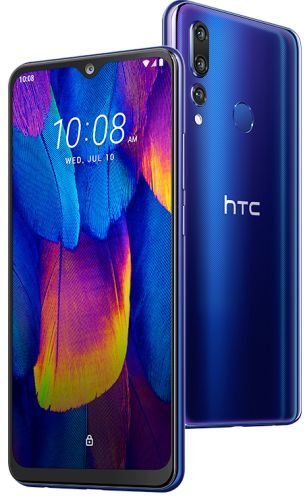 The phone is also the latest example of features that used to be restricted premium devices making their way to budget phones. Not only does it have a fingerprint reader and support for (somewhat) fast charging, but the HTC Wildfire X also has three rear cameras:

There’s also an 8MP camera on the front and the smartphone has a hybrid slot that you can either use for a second SIM card or for a microSD card reader.