HTC’s latest smartphone has a 6 inch display, a 3,930 mAh battery, 4GB of RAM, and 64GB of storage. It also has dual front-facing cameras and a 12MP UltraPixel camera on the back, which is the same highly rated camera found in the HTC U11.

But the the HTC U11 Eyes (which presumably gets its name from the two cameras on the front) has a mid-range processor, a lower-resolution display, and a few other cut corners that make it clear this is more of an upper mid-range device than a new flagship. 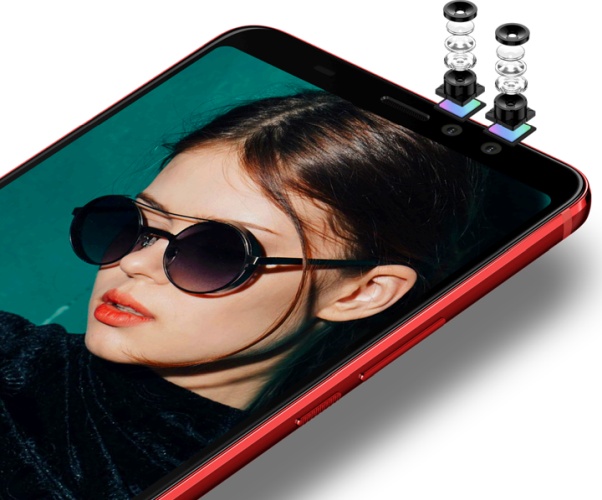 The phone is powered by a Qualcomm Snapdragon 652 processor and features a 2160 x 1080 pixel display.

While there are dual front cameras, each is only a 5MP camera. But you can use them fro portrait-style photos in bokeh mode, among other things. The phone also support face unlock capabilities, although there’s also a fingerprint sensor on the back of the phone for more secure logins.

The phone has an IP67 water resistance rating and like other phones in the HTC U series, it supports Edge Sense, which lets you squeeze the sides of the phone to perform certain actions such as launching a voice assistant, snapping a photo, or bringing up the Edge Launcher for quick access to your favorite apps, contacts, and settings.

HTC plans to launch the phone initially in China, Hong Kong, and Taiwan. It’s unclear if or when you’ll be able to pick one up in other regions.

4 replies on “HTC unveils U11 Eyes with dual front cameras”