HTC plans to launch its follow-up to the HTC One smartphone in March. But the company’s not sitting out the smartphone-fest at Mobile World Congress this month. HTC took the opportunity to introduce what it’s calling a flagship mid-range phone: the HTC Desire 816.

The 5.5 inch Android phone takes some design cues from the HTC One, including front-facing speakers. But it’s got a plastic case, a lower-resolution display, and a slower CPU than a typical high-end flagship device. 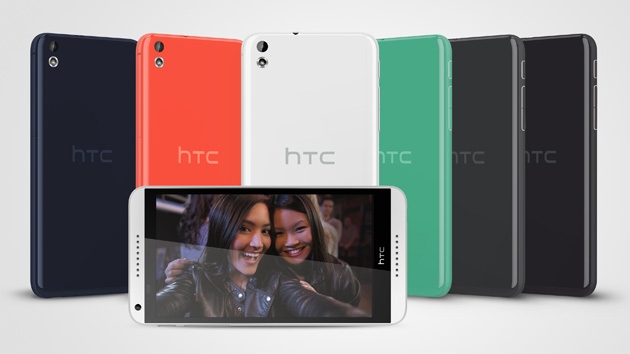 The HTC Desire 816 features a Qualcomm Snapdragon 400 quad-core CPU, 1.5GB of RAM, and just 8GB of storage. But it has a microSD card slot that you can use to add up to 128GB of removable storage.

While the 5.5 inch display is plenty roomy, you’re only looking at a 1280 x 720 pixel screen, so don’t expect the same kind of sharpness you get with a full HD smartphone display.

Other specs include a 13MP rear camera, a 5MP front-facing camera, and a 2600mAh battery.

The HTC Desire 816 should launch in China in March, and in other countries the following month.