But the phone manages to set itself apart from the competition in a few unusual ways, some of which you may find more useful than others. 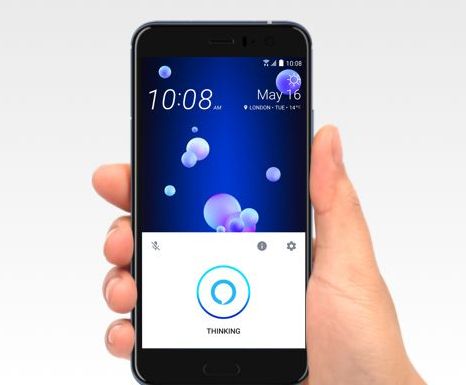 You can currently pre-order an unlocked model for use with AT&T or T-Mobile, or pay the same price for a Sprint or Verizon model. You’ll also be able to pick one up from Sprint soon for $29 per month over a 2 year contract.

The HTC U11 is the first smartphone that lets you control some functions by squeezing the edges, which might make it easier to do things like snap photos or launch apps with a single hand.

HTC calls this feature Edge Sense, and while I doubt it alone would be enough to convince anyone to buy this phone, it does show that device makers are still trying to come up with value-added software to make their devices distinctive. You won’t feel the phone give in any way when you squeeze the sides, but a visual indicator shows up on screen to let you know that a squeeze has registered, allowing you to do short or long squeezes for different activities. 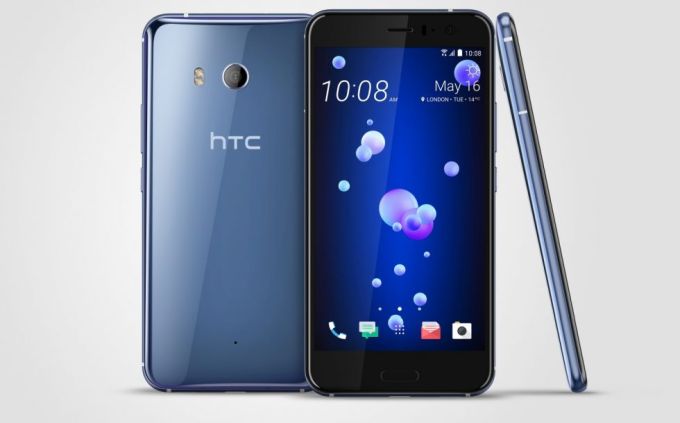 The HTC U11 is also the first to support both “Alexa” and “OK Google” wake words. While it’s not the first phone to support Alexa, it is said to be the first that lets you interact with Amazon’s voice assistant without first opening the Amazon app.

The phone features 4 also feature 4 microphones for 3D audio recording and comes with a set of earbuds with active noise cancellation (with power drawn from the smartphone rather than a battery in the headphones… because these are USB headphones. The HTC U11 does not have a 3.5mm analog audio jack).

But the best feature of the HTC U11 may be camera: it earned a DxOMark Mobile score of 90, which is the highest number that’s been given to any smartphone camera to date (The previous champ was the Google Pixel, with a score of 89).

The camera is said to feature fast autofocus and little digital noise in photos, including outdoor, indoor, and low-light shots.

The HTC U11 features a 12MP rear camera with optical image stabilization and support for RAW format mode and 4K recording and a 16MP front-facing camera.

All told, the squeeze feature seems a bit gimmicky, the Alexa + Google Assistant seems redundant, and the new design is a bit… generic. That said, for $649 this phone has specs that make it reasonably competitive with the latest flagships from Samsung and LG and a camera that may give it an edge.

On the other hand, with Sprint as the only US wireless carrier to offer the HTC U11 on a monthly installment plan at launch, I have to wonder how many people are going to pay full price to use the phone on AT&T, T-Mobile, or Verizon when they could buy a Google Pixel or LG G6 for around the same place, or a ZTE Axon 7, Oneplus 3T, or any number of other good phones for substantially less.