The HTC U11 already has one of the fastest processors available to Android phone makers, and one of the best cameras of any phone released this year. So when HTC decided to launch an even-more-premium version of the phone, the company focused on the display, design, and battery among other things.

The new HTC U11+ will be the company’s new top tier phone when it launches in Europe later this month for €799 (or £699 in the UK). There are currently no plans to sell the phone in the US. 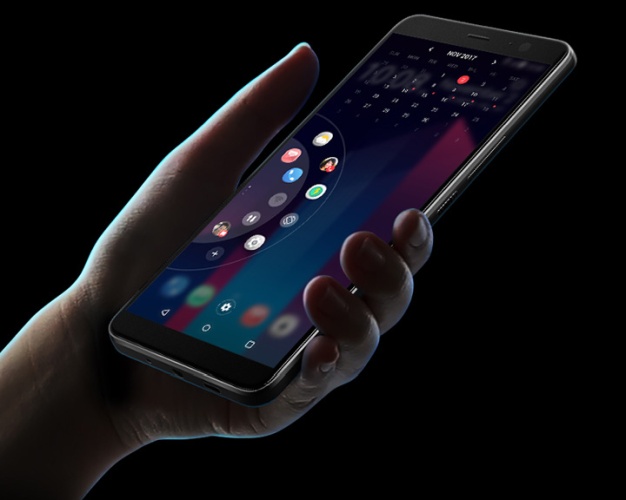 HTC equipped the U11+ with the same Qualcomm Snapdragon 835 processor and 12MP UltraPixel 3 rear camera as the original HTC U11. It has the same Qualcomm X16 modem, USB 3.0 Type-C port (and no headphone jack), and microSD card slot.

But here are some of the key changes:

The front camera has also been changed from a 16MP model to an 8MP camera, which seems like the only real downgrade in this phone.

And for some strange reason HTC is showing off a prototype with a translucent back cover that lets you see the NFC coil through the device. It’s not exactly the most interesting view, and it sounds like HTC hasn’t decided whether to actually put the translucent cover into mass production, so right now it’s just a prototype the company is showing to journalists. 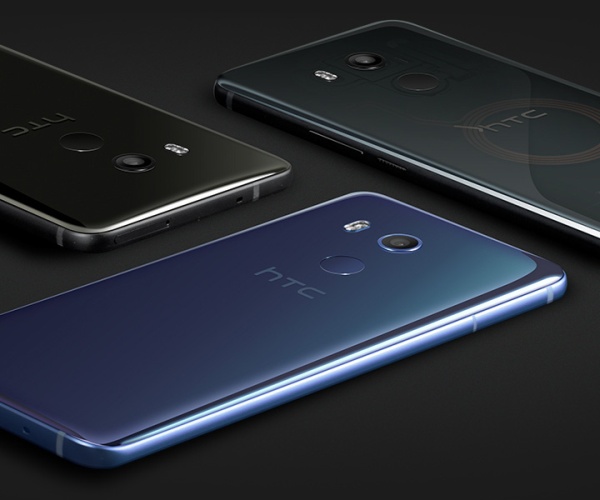 The HTC U11+ will be available with up to 6GB of RAM and 128GB of storage, and to help make up for the lack of a headphone jack, the phone comes with a set of HTC USonic noise-canceling earbuds that plug into the phone’s USB-C port.

HTC is also launching a more affordable alternative to the HTC U11 and U11+ this month. The HTC U11 Life is a $349 phone with mid-range specs including a Qualcomm Snapdragon 630 processor, a plastic body, and a 1080p display. But it also has some premium touches including squeezable sides for use with HTC’s Edge Sense feature and IP67 water resistance. It’ll be available in Android One and HTC Sense variants, with only the latter version expected to be available in the United States anytime soon.

2 replies on “HTC U11+ is like a U11 with a bigger screen, bigger battery, bigger price”