HTC is following up its well-received HTC U11 smartphone with two new models. One is a premium version called the HTC U11+ (which, unfortunately, won’t be available in the US). The other is a mid-range phone call the HTC U11 Life which borrows some of the features of its more expensive siblings, but which skimps a little bit on the specs.

The HTC U11 Life is available from HTC for $349 and it’ll be available from T-Mobile starting tomorrow. T-Mobile is the exclusive US wireless carrier, but you can buy an unlocked model and use it with AT&T.

HTC is also offering an Android One version of the phone with near-stock Android software, but that version is only available in Germany for now. Google says it’ll be heading to more countries in Europe and the Asia Pacific region in the coming months. 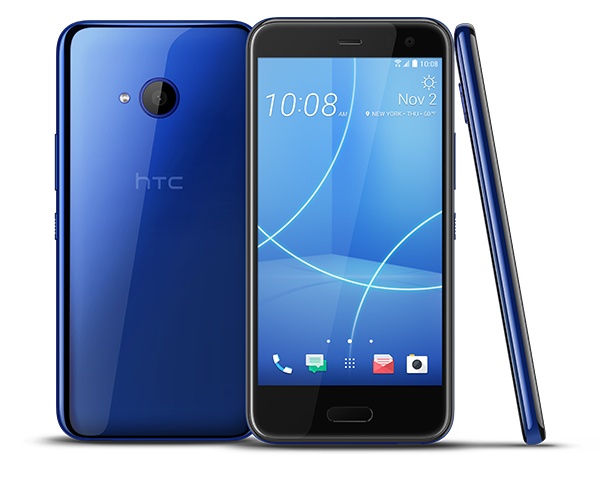 Like the HTC U11, the U11 Life features squeezable sides allowing you to use HTC’s Edge Sense features. It comes with the same HTC USonic earbuds with active noise cancellation. And it has a water and dust resistance rating of IP67.

But this phone has a smaller, lower-resolution display, a less powerful processor, and a smaller battery… which helps explain why it sells for a little over half the price of the original HTC U11.

The phone has rather sizable bezels (by 2017 standards), and has a plastic back rather than the glass panel that covers the more expensive models. But it looks pretty good for a $349 smartphone, with specs and features that seem pretty competitive with Motorola’s $399 Moto X4.