News broke yesterday that Best Buy would be selling a stylus for the HTC Flyer tablet for $80, suggesting that the tablet will actually ship without a digital pen. Today several web sites including Droid-Life and Engadget have received confirmation that the Best Buy version of the HTC Flyer will indeed come without a stylus. 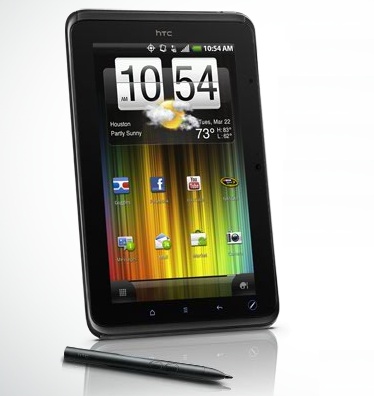 That seems odd since the tablet will have an active digitizer and custom software designed to let you interact with the Google Android operating system with a pen as well as a fingertip.

But it turns out there’s more to the story, because HTC tells Engadget that it’s only the Best Buy model which will be penless. For all intents and purposes, that means you’ll be hard pressed to find the tablet bundled with a pen in the US at launch, since Best Buy is the exclusive US launch partner. But it sounds like you might be able to get the tablet with a digital pen in other areas… and eventually in the US. My guess is you’ll still have to pay extra for the pen, but hopefully you won’t have to pay an extra $80.

Update: The folks at EuroDroid have confirmed that the tablet does come with a digital pen if you pick it up in the UK. A spare pen is still rather pricey at about $78, but at least you don’t have to buy it separately.

7 replies on “HTC: The Flyer tablet only lacks a pen if you get it from Best Buy”