Many of the top Android smartphone makers load their handsets with customized versions of Google’s operating system. While some phones ship with the same basic Android user interface you’d find on a Google Nexus phone, most big companies like to distinguish their devices with custom software.

Samsung has its TouchWiz user interface. LG has its own LG UX. Sony has the Xperia UI. And HTC has Sense.

For the most part you get the skin that comes with your phone. But HTC may be planning to bring some of its Sense software to non-HTC phones. 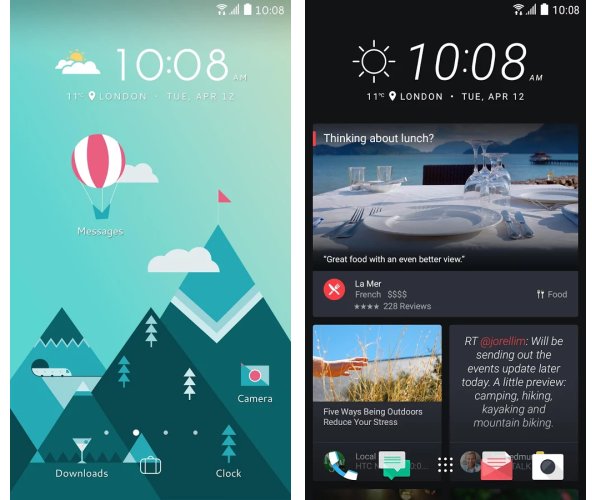 As reported by AusDroid and confirmed by a few redditors, HTC seems to be inviting some members of the HTC Preview program to test HTC Sense Home on Android phones from other manufacturers.

HTC Sense Home is an app launcher with support for themes and a series of custom widgets including the BlinkFeed news and social media tool for displaying the latest updates on your home screen.

While HTC Sense is more than just an app launcher and some widgets (there’s also a camera app, a custom settings menu, and much more), installing Sense Home on a non-HTC device would certainly give it much more of the look and feel of an HTC phone.

That could serve a few different purposes: Sense Home could be a sort of gateway drug. Like the HTC Sense Home app on your Samsung phone? Maybe you’ll consider HTC when shopping for your next phone.

It could also come in handy for former HTC smartphone owners who are currently using a smartphone from a different company.

On the one hand, it might seem odd that HTC would want to make it easier for fans of its software to use non-HTC devices. But the company has been struggling to remain competitive in the hardware space over the last few years, and this could be a sign that HTC is considering hedging its bets by entering the mobile software space… a strategy that we’ve seen BlackBerry pursuing recently.

Of course, just because HTC is inviting a small group of people to test the software doesn’t mean it will ever be released to the public. But it seems like the company is at least considering making Sense Home more widely available.

The software is already available from the Google Play Store. But it’s only available for download on HTC devices unless you get an invitation to join the test.