HTC’s last few Android tablets haven’t made much of a splash. The HTC Flyer 7 inch tablet was a nice piece of hardware with some unusual features including a digital pen, but it was overpriced and didn’t sell very well. And the HTC JetStream 10 inch tablet… well, like the rest of you, I don’t really know much about that model.

So it’s not a huge surprise to hear that HTC is done selling tablets in the US, at least for now. 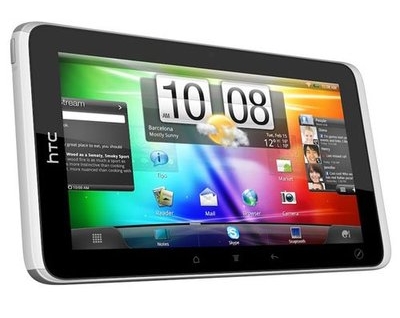 Fierce Wireless reports that HTC has discontinued its tablet sales in the States. But that doesn’t mean we won’t see future tablets from HTC.

We’ve seen evidence that HTC may be testing next-generation hardware, but at this point even a tablet with a quad-core processor and 1080p display doesn’t really stand out from the crowd. So it’s not clear that the company will bring that model to market.

While HTC is pulling the plug on its existing tablets, there are still places to buy them in the US. AT&T offers a refurbished HTC JetStream tablet for $350, and you can find refurbished or used HTC Flyer tablets for $200 or less on eBay.