HTC produces a number of popular smartphones and a few tablets. But it looks like the company could also be considering entering the portable media player space. 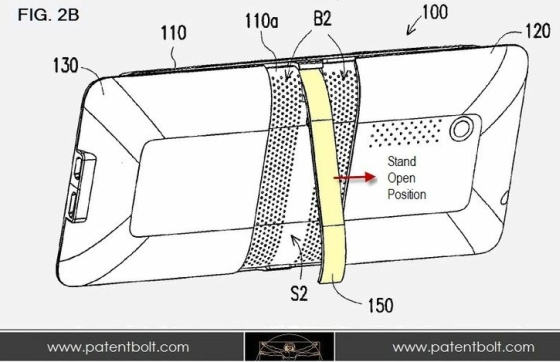 The folks at Patent Bolt uncovered an HTC patent application for a portable device that looks a lot like a smartphone, but which is described as a “handheld electronic device.”

There’s no mention of cellular capabilities in the application, and there is mention of the sorts of devices the patent could apply to including handheld computers, gaming systems, and PDAs.

In other words, we could be looking at a gaming console, or a portable GPS device — but the design features multiple, prominently placed speakers and a built-in kickstand, so it sure looks like a portable media player.

The patent shows a device with speakers on either side of the screen, additional speakers built into the back of the device, and a kickstand positioned between the rear speakers, allowing you to prop up the device on a tablet when you’re not holding it.

But just because the company is seeking a patent doesn’t mean it has an actual product. The patent application was originally filed a year ago and published this month. Companies regularly seek patents for designs which never actually see the light of day and this could be one of those.