What happens if you take HTC’s latest flagship phone and replace the Android operating system with Windows Phone? Apparently you get the HTC One (M8) for Windows… a new phone that’s available in the United States exclusively from Verizon.
Update: And AT&T.

You can pick one up starting this afternoon for $100 when you sign up for a 2-year contract. 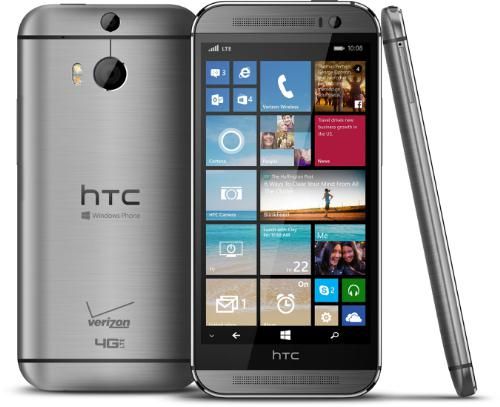 The hardware for the new HTC One (M8) for Windows is identical to the Android version  and you can even use the HTC Dot View Case with it. Like the Android version, this phone also includes a dual-lens camera that lets you adjust the depth of field on photos even after you snap them.

But since the phone runs Microsoft’s Windows Phone software instead of Android you don’t get the HTC Sense user interface. Instead the software looks a lot like what you’d get if you bought a recent Nokia Lumia device.

That includes the Cortana voice assistant feature, a customizable home screen with Live Tiles, and support for apps from the Windows Store rather than the Google Play Store (which is probably the biggest down-side to opting for this phone, since there are hundreds of thousands of Android apps that aren’t available for Windows Phone.

6 replies on “HTC launches One (M8) with Windows Phone software”