HTC’s latest flagship smartphone for the US and European markets is the 5 inch HTC One M9 with a metal case. But the company just introduced a larger, partly plastic model in China called the HTC One E9+.

The phone also has a MediaTek processor rather than a Qualcomm chip. 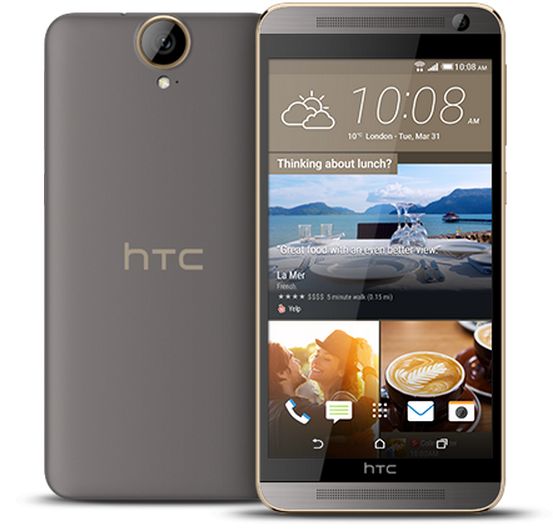 The main website for the HTC One E9+ says the phone has a 2K screen, but the product specifications describe the phone as having a 1920 x 1080 pixel display.

Since a similar device called the HTC One E9 with a 2660 x 1440 pixel display showed up at the TENAA website recently (that’s basically the Chinese equivalent of the FCC), it seems likely that the higher-res screen is at least an option.

The phone is powered by a 2 GHz MediaTek MT6795M octa-core, 64-bit processor which helps set it apart from the HTC One M9 which has a Qualcomm Snapdragon 810 octa-core CPU. While MediaTek chips might be less common in flagship phones sold in the West, the Chinese chip maker’s latest processors are pretty powerful… and the Snapdragon 810 has been widely reported to have overheating problems, which has prompted HTC to underclock the processor in the HTC One M9 to keep things cool.

Other features include 2GB of RAM, 16GB of storage, and a microSD card slot for up to 128GB of removable storage. The phone has a 13MP rear camera, a 4MP UltraPixel front-facing camera with support for low-light photos, and supports 802.11ac WiFi, Bluetooth 4.1, NFC, and GPS. The HTC One E9+ has BoomSound front-facing stereo speakers and a 2800 mAh battery.

2 replies on “HTC One E9+ smartphone with a 5.5 inch screen launched in China”