The HTC One smartphone features a speedy Qualcomm Snapdragon 600 processor, a high resolution 4.7 inch, 1920 x 1080 pixel display, 2GB of RAM, and an all-metal case. But some folks might be wary of pulling the trigger if they’re not fans of the HTC Sense software that comes with the phone.

It looks like that may not be a barrier for much longer. Some of the first folks to get their hands on the new phone have successfully unlocked the bootloader and installed custom recoveries including ClockworkMod and TWRP. That’s the first step toward building custom ROMs like CyanogenMod for the HTC One. 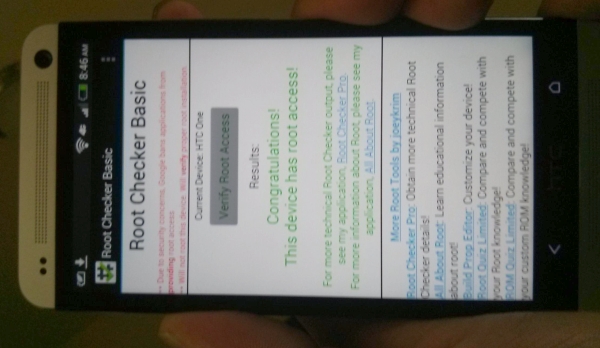 You can unlock the bootloader on the HTC One using an official tool at HTCDev.com. Note that unlocking your bootloader will void your warranty though.

It’ll also remove a couple of apps (including the flashlight and calculator apps), and you won’t be able to receive over-the-air software updates if you use the bootloader unlock tool.

What you will be able to do is install a custom recovery which lets you backup or restore your device or install updates or custom firmware manually.

Members of the HTC One subforum at xda-developers have been doing that for a few days, and now it looks like the same method works for unlocking the bootloader of the AT&T version of the HTC One for folks in the United States.

It’ll probably be a little while before we start to see custom ROMs on the HTC One. Developers will need to figure out how to port the stock Android operating system (or custom versions such as AOKP or Paranoid Android) to work with the new phone’s hardware. But a few developers are already working on custom kernels for the phone.

We should also see much more activity on the phone once it’s more widely available. It officially goes on sale in the US on April 18th.

Update: Engadget reports that HTC may prevent users from unlocking the bootloader on the AT&T variant before the phone officially goes on sale in the US on April 18th.