HTC’s next smartphone is coming in November, but if you’re in the US you can pre-order the HTC One A9 from HTC.com starting today.

As expected, the phone looks a lot like an iPhone… although HTC points out that the design is also an evolution of the look and feel of its previous phones including the HTC One M7 through M9.

What’s a little more unexpected is how HTC will sell the phone. US customers will have the chance to order an unlocked GSM model that can be used with AT&T or T-Mobile. It goes up for pre-order today for a promotional price of $400. 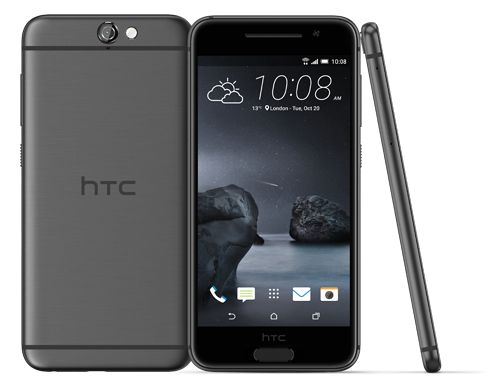 Not only is the phone SIM unlocked, but you can also unlocked the bootloader without voiding the warranty. And HTC says the unlocked phone will come with less pre-installed software than the versions sold through carriers.

The HTC One A9 will be one of the first non-Nexus phones to shipw ith Android 6.0 Marshmallow, and if you get the unlocked model, it will also receive updates to new versions of Android 15 days or less after Google rolls out updates to it’s Nexus phones.

The HTC One A9 has a 13MP rear camera with support for optical image stabilization and phase detection autofocus as well as support for RAW capture. There’s also software for one-touch auto-processing and built-in support for hyperlapse video recording.

The phone is powered by a 2150 mAh battery and it supports Qualcomm Quick Charge 2.0 technology.

HTC is also playing up the phone’s audio capabilities: the One A9 has an amplifier that HTC says offers twice the voltage of most other smartphone headphone jacks. The HTC One A9 can also support 192 kHz / 24 bit audio and feature HTC BoomSound front-facing speakers with support for Dolby Surround sound.

15 replies on “HTC One A9 coming in November, with optional Unlocked Edition in the US”