HTC may be shifting its focus in the coming year to emphasize low-cost phones in China. But that doesn’t mean the company is giving up on top-tier phones. HTC is going to give this high-end smartphone thing one more shot with the HTC One.

The HTC One is a 4.7 inch phone with a 1920 x 1080 pixel display, a 1.7 GHz Qualcomm Snapdragon 600 quad-core processor, 2GB of RAM, and 32GB of storage. It’s got a sleek design, one of the fastest smartphone processors available, and a 2300mAh battery which should offer decent (but not necessarily spectacular) battery life.

Will it be enough? 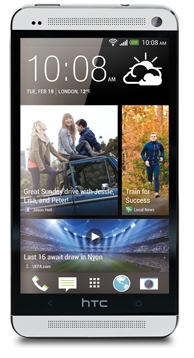 HTC is emphasizing the phone’s new design elements including an aluminum case, dual stereo speakers, and an improved camera.

The company is also revamping its HTC Sense user interface which runs on top of Google Android. It’s a move that makes sense — it’s hard to make a phone that stands out if it’s running exactly the same software as every other Android phone. But it’s not clear that many people buy a phone because they prefer Sense, TouchWiz, or another skin to the vanilla Android experience — and it often takes longer for phones with those skins to get software updates.

But maybe that only matters to geeks. 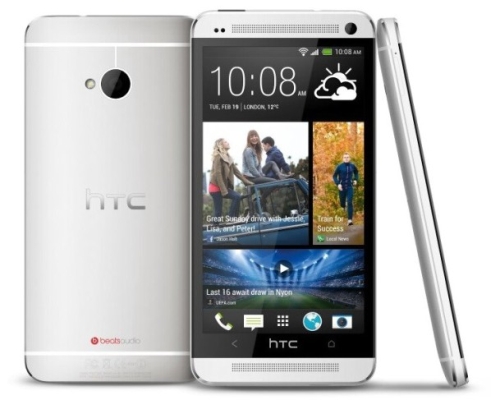 Still, one of the company’s new Sense features is something called BlinkFeed, which is a hub for content from 14000 partners including ESPN, MTV, and others. It looks decent — although aside from a home screen widget, I’m not sure what it brings to the table that you couldn’t get from a news reader app from the Play Store.

The HTC One will features stereo front-facing speakers in a setup HTC is calling “Boomsound,” and a music player that grabs lyrics from the internet to display them as you listen.

HTC also equipped the phone with two microphones for improved audio recording capabilities. And to carry the multimedia capabilities one step further, there’s even an IR blaster hidden in the smartphone’s power button, which lets you point your phone at a TV or other device and use it as a remote control.

The phone has a new type of camera which emphasizes performance over pixels. HTC says the phone has an Ultrapixel image sensor which can capture up to three times as much light as a sensor on a typical 8MP smartphone camera. That means you should get better performance in low-light conditions — but it also means you can’t snap photos larger than 4MP. The good news is that the pictures you do take should (theoretically) look better than larger images.

Here are the camera’s specs at a glance:

There’s no question that HTC knows how to make a good phone. The HTC-built Google Nexus One was one of the best phones I’ve ever used, and I’m the mostly happy owner of an HTC One XL at the moment. But it might take more than that to succeed in the Android phone space at the moment — and Samsung is kind of wiping the floor with HTC and other rivals these days thanks to a wide selection of devices and a very large advertising budget.

HTC plans to make the One available around the world starting in March, and has partnered with 185 carriers including AT&T, Sprint, and T-Mobile in the US. It’ll likely be up to each carrier to announce pricing, but HTC will offer customers who pre-register for the new phone a $100 credit when they trade in their old phones.

Is the HTC One enough to make you consider an HTC phone as your next device?

3 replies on “HTC introduces its next superphone: the HTC One”