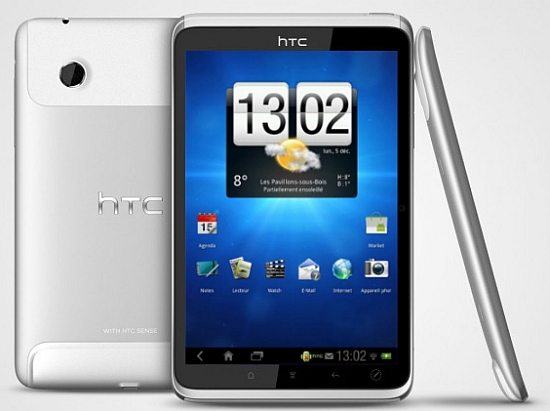 When the stylus-friendly HTC Flyer launched, there were a lot of raised eyebrows over the fact that it hit the streets running a modified Android Gingerbread rather than Honeycomb — like nearly every other tablet on the market. HTC wasn’t the only company that went this route, of course: Samsung’s 5-inch Galaxy Note arrived packing Gingerbread and a stylus, too.

Now, however, HTC appears to be ready to bring the Flyer up to date — or more up to date, anyway. Flyer owners in France have begun receiving an OTA update to Android 3.2 Honeycomb. It’s a 210MB update and right now only users of the 32GB version with 3G connectivity have reported being offered the update, but the rollout is clearly under way.

The news does seem a bit odd, what with the recent debut of Ice Cream Sandwich. With Android 4.0 now available via the Android Open Source Project, it might’ve been a nice holiday gesture for HTC to make with an ICS update instead — especially since the latest Android version offers built-in support for stylus input. But hey, at least you’re now a step closer to that if you’re a Flyer owner…And you’ll still be a major version ahead of folks who pick up the Galaxy Note on AT&T when it finally arrives next year.