Facebook plans to make a new suite of social apps available for Android starting April 12th. But while anyone will be able to install Facebook Home and essentially turn an existing Android device into a “Facebook phone,” you’ll also be able to buy a phone that comes with Facebook preloaded.

It’s called the HTC First, and it will launch soon on AT&T. 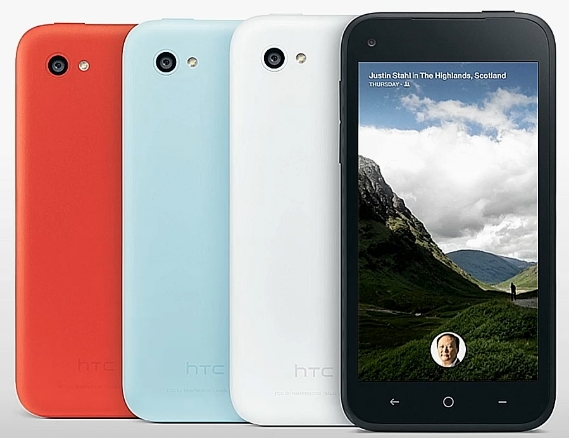 The HTC First supports AT&T’s 4G LTE network, comes in four colors (black, white, sky blue, and red), and will be available April 12th for $99.99 when you sign up for an AT&T contract.

It goes up for pre-order today, and runs $450 if you go with the contract-free option.

AT&T and HTC say the phone’s “optimized for Facebook,” but since the software can run on a range of Android devices, the real selling point might just be the fact that it’s an affordable mid-range phone.

The First will have a few bonus features though — including support for system notifications inside Facebook Home. On other devices you’ll see the normal Android notification system for non-Facebook alerts.

Interestingly, nobody involved has really made a big deal of the phone’s specs, other than its support for 4G LTE. That’s in keeping with Facebook CEO Mark Zuckerberg’s claim that Facebook Home is designed to make phones more about people than apps… even if under the hood, the HTC First is just an Android phone with a custom home screen, launcher, and notification system.

In a press release, AT&T reveals that the phone features a Qualcomm Snapdragon 400 dual-core processor, Android 4.1 Jelly Bean software, and a 4.3 inch display.