HTC’s may have just launched its latest flagship phone, the HTC One (M8), but it looks like the company’s got another interesting model on the way.

The HTC D616W features a 5 inch screen and an octa-core processor. Overall the spec sheet paints a picture of a budget or mid-range smartphone. But new photos from China show it’s not a bad looking budget phone. 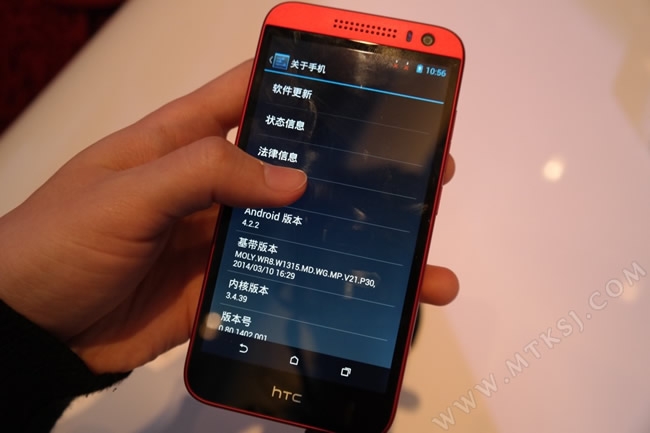 Specs for the phone were first uncovered in February when the device showed up in AntTuTu benchmark results.

Now Chinese websites have published photos of the phone in the wild. It doesn’t have the metal case or stereo front-facing speakers of the HTC One family. But it definitely shares a bit of DNA with HTC’s flagship phones, with a simple design featuring rounded corners and a visible speaker grill above the screen.

It’s not clear if HTC plans to offer this phone globally, but it joins a growing number of smartphones featuring MediaTek’s relatively inexpensive octa-core processor.