Rumor has it that Google has two new Pixel smartphones on the way, with LG manufacturing the larger model and HTC taking responsibility for the smaller version. So far just about everything we know about these phones comes from a series of leaks.

But if they’re accurate, there’s good reason to think that the Pixel 2 just passed through the FCC, where it’s branded as the HTC G011A. 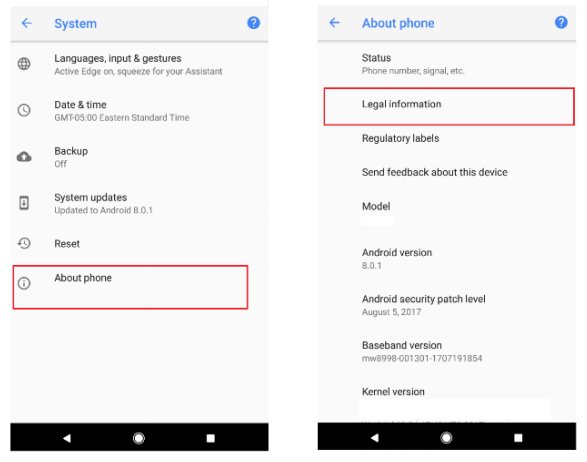 HTC devices show up at the FCC website all the time, but this one’s special for a few reasons. A look at the electronic label information shows that this phone is currently running Android 8.0.1 software, and it has the circle-within-a-circle home button that you find on Google’s Pixel smartphones.

Like the HTC U11 smartphone, there’s also evidence that the phone has pressure-sensitive sides that can detect when you’re squeezing the phone. In this case, the feature is called “Active Edge” instead of “Edge Sense,” and it’s said to let you “squeeze for your Assistant,” suggesting a new way to trigger Google Assistant without long-pressing the home button or saying “OK Google.”

Unconfirmed reports indicate that the Pixel 2 will have a design that’s similar to the original Pixel, but with a smaller glass panel on the back of the phone. It’s expected to feature a 5 inch, 1080p display, 4GB of RAM, 64GB of storage, a USB Type-C port, and no headphone jack.

Google’s larger Pixel XL 2 (or whatever it’s actually called,” is expected to have a 6 inch WQHD display and an updated design with slimmer bezels.