HTC is giving its flagship HTC One X smartphone a spec bump. The HTC One X+ will hit Europe and Asia starting in October. It features a faster processor, more storage, and longer battery life than its predecessor.

A North American release date hasn’t yet been announced. But HTC is also promising to roll out an Android 4.1 Jelly Bean software with the new Sense 4+ user interface for existing HTC One S and One X smartphones starting this month. 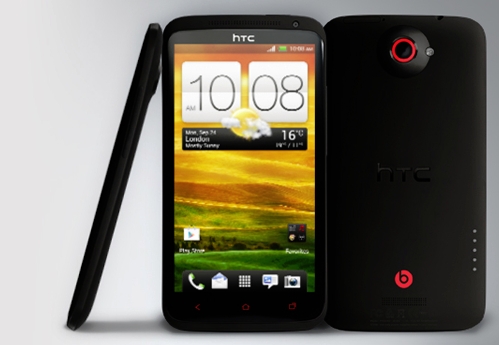 Other improvements include a 1.6MP front-facing camera (the original had a 1.3MP camera), and the latest version of HTC Sense based on Android 4.1.

While the NVIDIA Tegra 3 chip doesn’t include support for 4G LTE mobile broadband networks, HTC will offer a model with a Qualcomm chip for LTE support.

HTC currently offers two models of the HTC One X. The international model has a Tegra 3 chip, while in the US and Canada the company sells the HTC One XL with a Qualcomm Snapdragon S4 dual core processor and support for 4G LTE on the AT&T and Rogers networks. It sounds like the One X+ with Tegra 3 may work just fine on those networks… but we won’t know for certain until HTC announces US availability for its new phone.

Update: CNET reports that AT&T will be the exclusive US carrier for the HTC One X+, and it will indeed offer the quad-core NVIDIA Tegra model.

via AnandTech and Android Police