The HTC A100 is an Android tablet with a 10.1 inch, 1920 x 1200 pixel display, a Unisoc T618 processor, 8GB of RAM and 128GB of storage. It’s also the first HTC-branded tablet to be released in years… although it’s HTC in name only, since the tablet actually made by a Chinese company called Shenzhen Blands World Technology.

First spotted online in August, the HTC A100 is now available for purchase in Russia, where it sells for the equivalent of about $275. 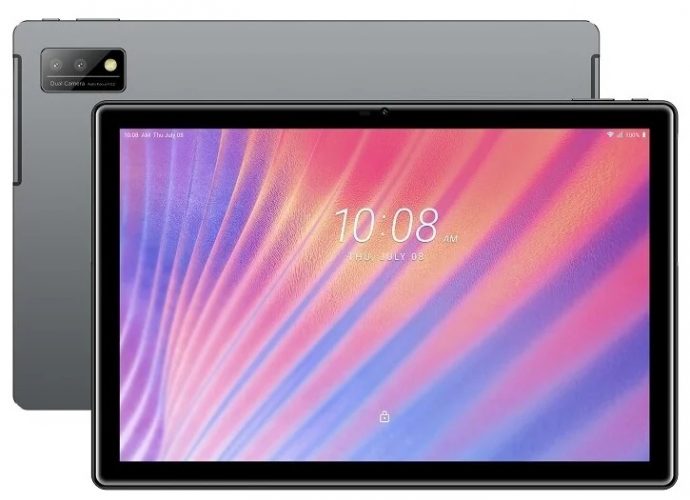 Other features include a headphone jack, microSD card reader, and USB Type-C port. The tablet has a 7,000 mAh battery, dual rear cameras (13MP + 2MP) and a 5MP front-facing camera.

Overall the tablet seems like a solid mid-range device which only really stands out from the crowd because of its branding… just keep in mind that the branding in this case appears to be name-only. It’s unclear if HTC had any involvement in the development of the A100 beyond licensing its name.