HTC isn’t as active in the Android smartphone and tablet space as it was a few years ago, but after introducing a new mid-range phone (with a lot of VR and crypto buzzwords) last week, the company has quietly added a new tablet to its lineup… although it’s unclear how widely it will be available.

The HTC A101 is a 10.1 inch Android tablet with a 1920 x 1200 pixel display, a Unisoc T618 processor, 8GB of RAM and 128GB of storage. It’s listed on the HTC South Africa website, and looks very similar to the HTC A100 that’s available now in Russia for about $375. There’s no word on if or when the two tablets will be available in other markets. 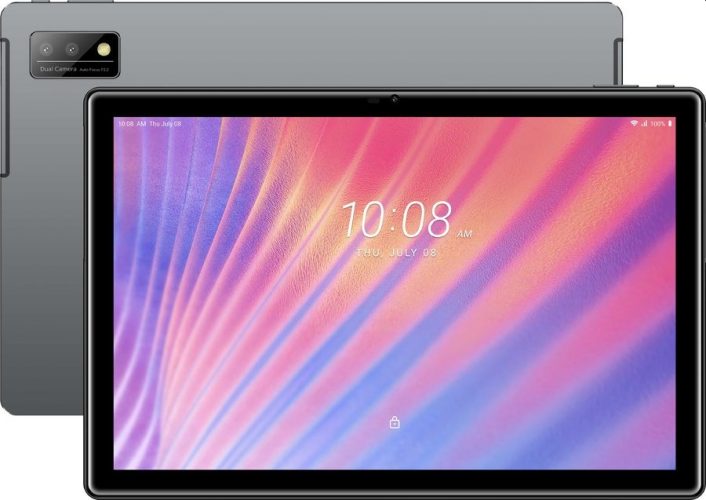 At the heart of the new tablet is Unisoc’s octa-core processor featuring 2 ARM Cortex-A75 CPU cores and six Cortex-A55 cores. It’s the same processor that powers Samsung’s Galaxy Tab A8 (which has less RAM, but which also has a much lower starting price of just $200).

But the HTC tablet does have a few features that might help justify the higher price tag, including 4G LTE Cat 4 dual-SIM support and GPS, GLONASS, and Galileo support.