HP’s first virtual reality headset designed for use with a Windows PC was priced at $329 when it launched a few years ago. The company followed up with a $449 “professional edition” model last year, featuring the same specs, but a more comfortable design.

Now HP is kicking things up a notch with the introduction of the new HP Reverb VR headset.

It weighs less, has a more customizable design, and features higher resolution display panels. It also costs more — an HP Reverb Consumer Edition will ship in late April for $599, while a higher-priced Pro Edition is coming in June (with a washable fabric face cushion and and a 2-foot headset cable). 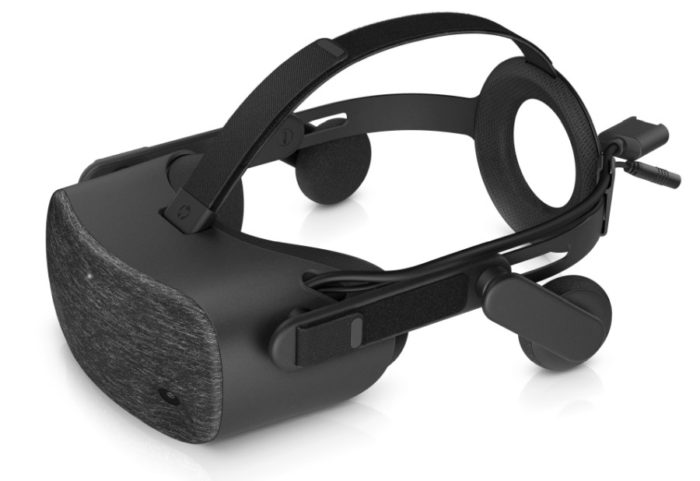 The HP Reverb headset weighs about 1.1 pounds, down from 1.8 pounds in HP’s earlier model. It comes with an attached headset, but you can remove it if you’d prefer to use your own headphones. And it comes with a set of motion controllers and a DisplayPort to mini DisplayPort adapter.

In other words, the new headset offers about twice the resolution of the previous-version, which had dual 1440 x 1440 pixel displays.