Hewlett Packard has launched two new Android tablets… in France. I suspect it won’t be long before we see the new HP 8 G2 and HP Tablet 7 G2 in other countries, although the names might differ from region to region.

A tablet called the HP 7 Plus G2 also passed through the FCC recently. While that could be a premium version of the new HP Tablet 7, it could also just be the US name of the tablet. 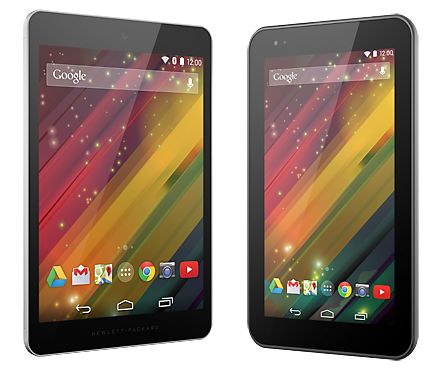 This model has a slightly larger display with a 4:3 aspect ratio and more storage, but it’s still a budget tablet.

HP’s new 8 inch tablet has stereo speakers, measures 8″ x 5.4″ x 0.32″ and weighs 13.1 ounces, but the rest of the specs are the same as those for the smaller tablet including the processor, cameras, and wireless features.