The HP Spectre x360 is a convertible notebook with a 13 inch touchscreen display and a hinge that lets you hold the notebook like a tablet. This year HP is updating the laptop with a more powerful processor and a more compact design. But the company says the 2016 model should also get better battery life than last year’s Spectre x360.

The new model launches at HP.com today for $1049 and up. A few Best Buy-exclusive models are also coming on October 30th. 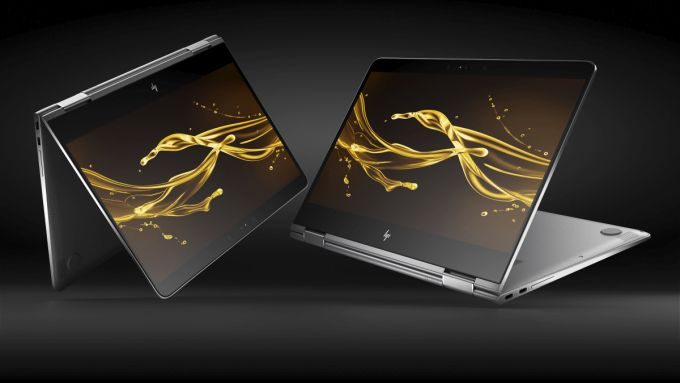 HP has shrunk the thickness of the laptop by about 2mm, reduced the size of the bezels around the screen, and reduce the weight by about more than 5 ounces. The company says the laptop also has an improved hinge which helps hold the screen firmly in place whether you’re using the Spectre x360 in tablet, tent, or laptop mode.

Speaker placement has also been improved — the 2016 Spectre x360 features four speakers, with two pointing down and two pointing up. HP has also added an infrared camera with support for Windows Hello (allowing you to use facial recognition to login), and a wide-angle webcam with 12 percent wider viewing angles.

The new Spectre x360 has a 57.8 Wh battery that the company says should provide up to 15 hours of battery life. And there’s also fast charging support, allowing you to get a 90 percent charge by plugging in the laptop for about 90 minutes.

Specs include support for Intel Core i5 or Core i7 Kaby Lake processors, up to 16GB of RAM, and PCIe solid state storage (with options for 256GB, 512GB, or 1TB of storage).