HP is giving its 11.6 inch Chrome OS laptop a makeover and a price cut. The original HP Chromebook 11 launched in late 2013 for $280 and featured a Google-inspired (and assisted) design.

Now HP is introducing a new model which looks like a miniature version of the larger HP Chromebook 14, and the company has cut the price tag to $249. 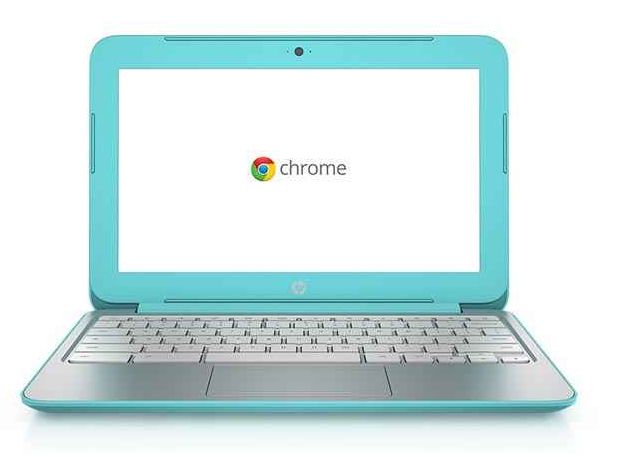 The rest of the specs for the new HP Chromebook 11 are pretty much unchanged from last year’s model. The little laptop still has a Samsung Exynos 5250 ARM Cortex-A15 dual-core processor, 2GB of RAM, 16GB of storage, 802.11n WiFi and Bluetooth 4.0.

HP’s new model is a bit chunkier than its predecessor, weighing in at 2.7 pounds instead of 2.3 and measuring 0.8 inches thick instead of 0.7. They’re both pretty thin and light… but it’s hard not to feel like the new HP Chromebook 11 is a step backward instead of forward.

If there’s a silver lining, it may be that the new Chromebook 11 is a little cheaper than the original, and it comes in more color options. HP will offer white, or turquoise versions of the 11.6 inch Chromebook.

HP says the new Chromebook 11 will be available in the US starting in July, but it’s already popped up at online stores in a few other countries.