HP’s latest mobile workstation PCs are 15.6 inch laptops with support for up to a 4K OLED HDR display, up to an Intel Core i9 or Xeon processor, and up to NVIDIA Quadro RTX 5000 or RTX 2080 Super graphics.

But the new HP ZBook Studio and HP ZBook Create keep the emphasis on the mobile part of mobile workstations.

The laptops have a starting weight of 3.96 pounds. 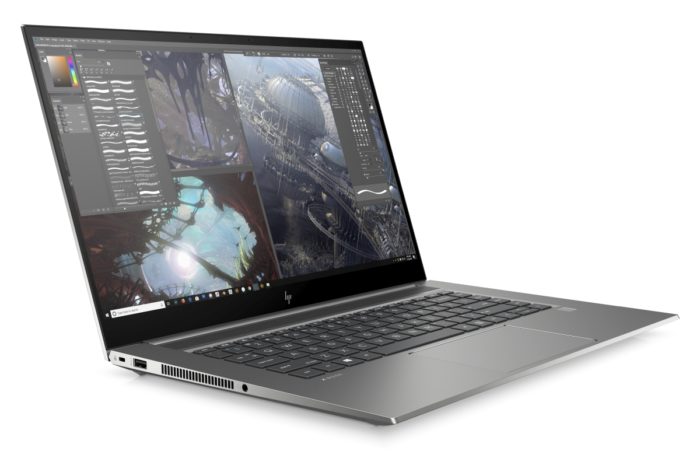 Measuring 14″ x 9.2″ x 0.7″, HP notes that the laptops are about the same size as Dell’s Precision 5540 laptop (the one that uses the same chassis as the XPS 15 consumer notebook), but offers beefier CPU and graphics options.

HP says the laptops are still pretty durable. They have aluminum unibody chassis, and both models have passed MIL-STD testing. They also feature vapor chamber cooling to help keep the system for overheating when you’re pushing the hardware to its limits.

While the HP ZBook Studio and Create have the same basic design and specs, with one key difference — the Studio version has NVIDIA Quadro graphics which are tuned for workstation performance, while the Create model has NVIDIA RTX graphics and an emphasis on gaming and content creation.

That makes the Create the first HP ZBook model to feature NVIDIA GeForce graphics. I suspect that means this model could also be the cheaper of the two, but HP hasn’t announced pricing details yet.

Another first is that both the ZBook Create and Studio will feature ocean-bound plastic in their construction.

The HP ZBook Studio and Create should be available in August and HP says it’ll announce pricing closer to release.