PC makers have been stuffing computer parts into tiny boxes for years, but often those mini PCs have laptop-class hardware in order to balance size, performance, and cooling.

But HP’s new Z2 Mini Workstation bucks that trend (mostly) with hardware that the company says is “twice as powerful as any commercial mini PC” and which can support up to 6 displays.

The HP Z2 Mini Workstation measures about 8.5″ x 8.5″ x 2.3″ and houses an Intel processor, NVIDIA graphics, and enough horsepower for CAD and other high-performance applications.

HP’s mini desktop supports up to 32GB of RAM and it will be available with Windows 10 Pro or Linux software.

Prices will start at $699 when the little computer hits the streets in December, and the system will be available with Core i3, Core i5, Core i7, or Xeon E3-1200v5 processor options, support for up to 32GB of RAM and 1.5TB of M.2 SSD storage.

The Z2 Mini Workstation also  has NVIDA Quadro M620 graphics (which is a mobile graphics chip, but more powerful than the Intel HD graphics you’d otherwise be stuck with). 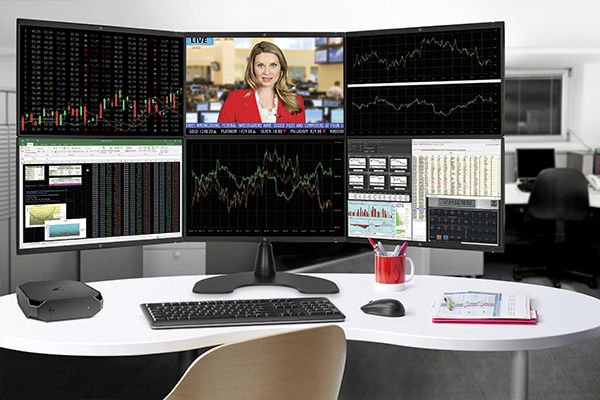 The most noteworthy thing about the Z2 Mini is definitely its size: HP says it’s one tenth the size of a traditional business-class tower PC. But you do sacrifice some of the upgradeability you would get with a larger model, and the NVIDIA GPU is not certified for use with the Oculus Rift or HTV Vive VR headsets.

While this isn’t really a machine designed for gaming anyway, that could eventually be a problem if we start to see more professional-grade applications for graphic designers or other professionals start to take advantage of VR and Windows Holographic in the future.