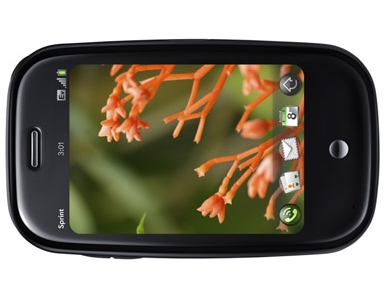 Update: Now that HP’s acquisition of Palm is complete, the companies is talking about using WebOS on future smartphones, tablets, and netbooks.

Ever since HP announced plans to acquire Palm a few weeks ago, there’s been a lot of speculation about exactly what the company plans to do with Palm’s WebOS operating system. Today an HP exec has confirmed that the company is developing a WebOS tablet which should be available by October. That’s not particularly surprising.

I was a little surprised to learn that HP is pretty much ruling out putting WebOS on a netbook. HP CEO Mark Hurd mentioned the other day that all sorts of devices, including web-connected printers could be equipped with WebOS in the future. So it seems strange to rule out a rather obvious product category like netbooks or smartbooks.

That said, I’ve long suspected that a hurdle smartbooks and other Linux-based netbooks have to overcome is the fact that they look like laptops. And people expect laptops to do certain things — like run the applications they’ve been running on PC or Mac computers for ages including Microsoft Office, Photoshop, and so on. Sure, we’re moving toward a point where the most important app on any machine is the web browser, but while people are perfectly happy to adjust to the peculiarities of a smartphone or iPad-like tablet, if you present someone with a device that has a 10 inch display and a keyboard they tend to think they already know how to use it and could get frustrated when it turns out they don’t.

Of course, there’s nothing preventing users from hacking WebOS onto netbooks — and we’ve already seen some folks taking the first steps toward doing just that.

18 replies on “HP: WebOS slate on the way, don’t expect a WebOS netbook”