In fact, HP says the new ZBook 14u G5 is the thinnest mobile workstation from any company.

Each model features a full HD display (with optional touch), support for up to 32GB of DDR4-2400 RAM, up to 1TB of PCIe NVMe M.2 solid state storage, and support for up to an Intel COre i7-8650U quad-core processor.

The 14 and 15 inch models are also available with optional AMD Radeon RX 540 graphics, but that’s not an option for the smallest model.

All three laptops come with USB Type-C power adapters that you can use to get a 50 percent charge in about a half hour. The company says the batteries are designed to have a 3-year or 1000 charge life cycle.

Other features include full-sized Ethernet and HDMI ports as well as a headset jack. HP has also equipped the notebooks with a 3-microphone system that includes a “world facing” microphone on the back of the laptop lid. When you’re making calls over Skype or other web conferencing software you can use group mode to have that mic pick up other voices in the room or individual mode to use it for improved noise-cancellation.

The EliteBook 830 measures about 0.7 inches thick and weighs just under 3 pounds if you opt for a non-touchscreen model. The touchscreen adds a bit of weight, bringing the total to 3.3 pounds. 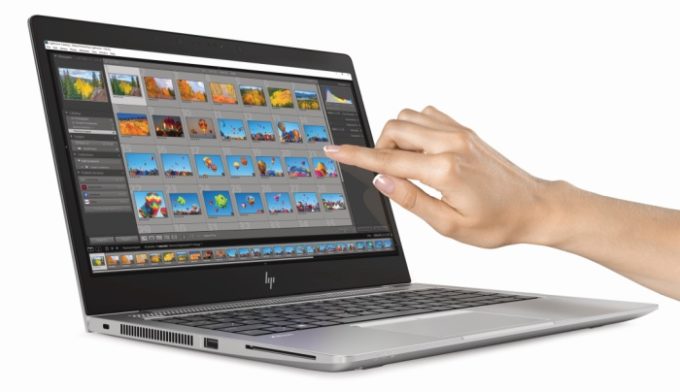 The 15 inch ZBook 15u is only a little bigger, at 0.72 inches thick and 3.9 pounds, and it comes with similar options, although only the larger model has a numeric keypad to the right of the keyboard.

Both have 50 Whr removable batteries with support for fast charging, Thunderbolt 3 ports, and support for up to 32GB of DDR4-2400 memory.

All of these new HP laptops should be available this month.