HP is going modular with its latest business-class mini-desktop computer. The new HP Elite Slice is a tiny desktop that measures about 1.5 inches thick and 6 inches across.

The computer itself houses everything you need for a basic PC experience. But you can also expand its functionality by stacking a series of modules to add hardware such as an optical disk drive or audio module with a speaker and microphones.

HP has also developed a series of custom plates for the top of the HP Elite Slice, including one that allows you to wireless charge a smartphone and another with touch-sensitive functions for use when you’re making conference calls.

The Elite Slice is coming soon for around $699 and up. 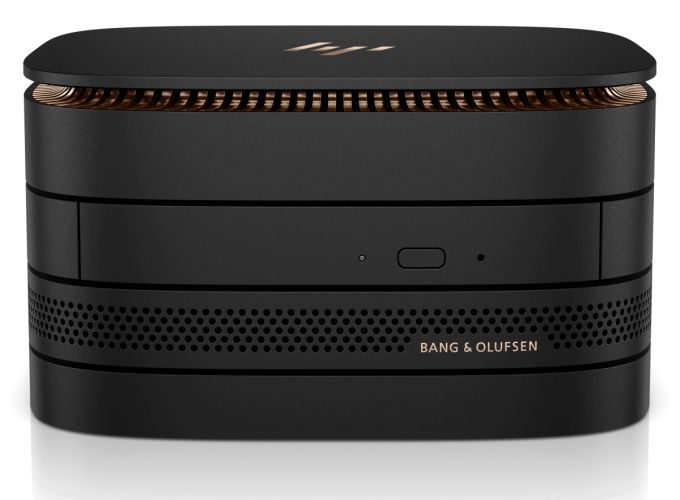 The computer features Ethernet, DisplayPort, HDMI, USB 3.1 Type-C, USB 3.0, and headset jacks, support for an optional fingerprint sensor on the side, and a system that allows you to connect modules simply by stacking them on top of one another. They communicate via USB, and HP says you can theoretically use the system with just a single USB Type-C cable which both provides power to the computer and video output to a display.

The entry-level HP Elite Slice model features an Intel Core i3-6100T processor, 4GB of RAM, and a 500GB hard drive. If you want to buy some of the optional modules, they’re expected to be priced between $35 and $110.

HP will also offer a few other configurations, including:

HP isn’t the first company to develop a modular desktop of this type. Acer’s Revo Build stackable PC system has been available since 2015, and while Lenovo doesn’t exactly have a stackable, modular PC, the company does have a line of of stackable PC peripherals including a wireless router, Bluetooth speaker, hard drive, and power bank.

Still, HP’s Elite Slice is one of the most powerful, and possibly most versatile solutions in this brave new world of modular, stackable PCs. It’s also one of the more expensive options. 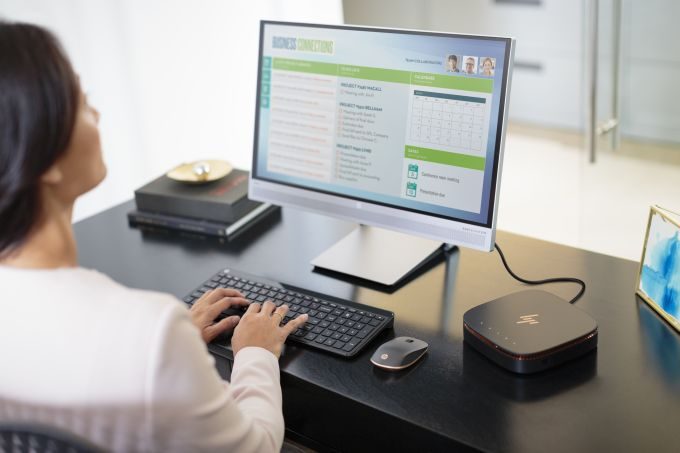 If you’re wondering why HP is launching a new desktop with 6th-gen Intel Core “Skylake” processors the same week that Intel announced its first 7th-gen “Kaby Lake” chips are available, it’s because the only Kaby Lake processors Intel has released so far are low-power Y and U series chips for laptops and other mobile devices. The HP Elite Slice uses higher-power 35 watt, quad-core Skylake-T chips which should offer better all-around performance, even though they’re a bit older.

One of the first modules include the aforementioned HP Audio Module, with a 360-degree speaker, a dual-microphone array with far-field support for picking up a signal from 5 meters (16 feet) away, and noise cancellation. There’s also an HP Vesa Plate module, and an optical disc drive module with support for reading and writing DVDs and CDs.