Unfortunately there have been a few hardware compatibility issues with the latest builds of Android 4.0 for the Touchpad. Up until recently you couldn’t use the microphone or camera while running Android 4.0.

While the camera is still non-functional, developer jcsullins is working on an audio patch that allows you to use the HP TouchPad when running the latest nightly builds of CyanogenMod 9 for the tablet. 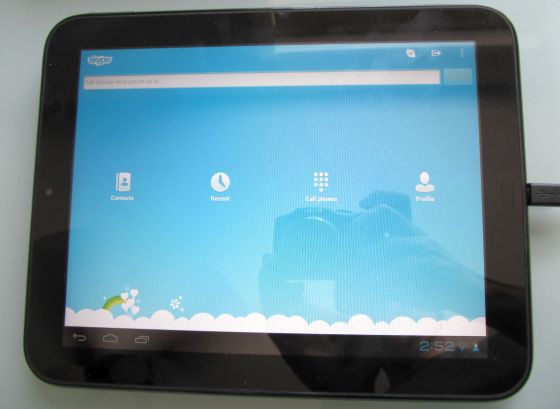 Update: The patch has been incorporated into the latest nightlies, so you no longer need to install it separately.

If that sounds complicated, you should check out our guide for installing CyanogenMod 9 (Android 4.0) on the HP TouchPad and scroll down to step 11 for tips on installing additional packages.

If you’re already running CyanogenMod 9 on your TouchPad, the simplest way to install the mic fix (or update to the latest nightly) is to use GooManager. It’s a free app that lets you install the TWRP custom recovery and find and install ROMs and other patches compatible with your Android device.

To use GooManager to download audiolibs, choose the “Browse all files,” navigate to the “devs” folder, scroll down until you find “jcsullins,” and navigate to the /cmoutouchpad/testing folder and select and download the most recent audiolibs file.

Once that’s done, you can use the “Flash ROMs ” option to select the files you want to install and wait while your device reboots and applies the update.

Note that there’s also an older file called “mictest,” but you don’t need to use this — the newer audiolibs files include the patch.

In fact, if you’re the patient type, eventually you may not need to install any of these patches. Right now the audiolibs package is a work in progress. Once it’s finished, it will probably be incorporated into the main brainch of CyanogenMod 9 for the HP TouchPad.

For now, I can confirm that the microphone works with Skype for Android. It may not work with every Android app though.

There’s no word on if or when we’ll see a camera fix for CyanogenMod 9 on the HP TouchPad — HP hasn’t released camera drivers for Android 4.0, and reverse engineering them would take a lot of work.