HP’s tablet that was officially discontinued months after it launched in 2011 continues to live on thanks to unofficial software updates from a devoted community of developers.

The HP TouchPad is a 9.7 inch tablet with a dual-core CPU, a 1024 x 768 pixel display, and a version of the webOS operating system that’s no longer being actively developed. But for the past few years independent developers have been keeping the HP TouchPad useful by creating custom builds of Google Android for the tablet.

The latest build of CyanogenMod 11 from developer Jcsullins is based on Android 4.4.2 KitKat, and it shows that HP’s tablet still has legs… in fact, features that haven’t always been working in older versions of Android are well supported in this software. 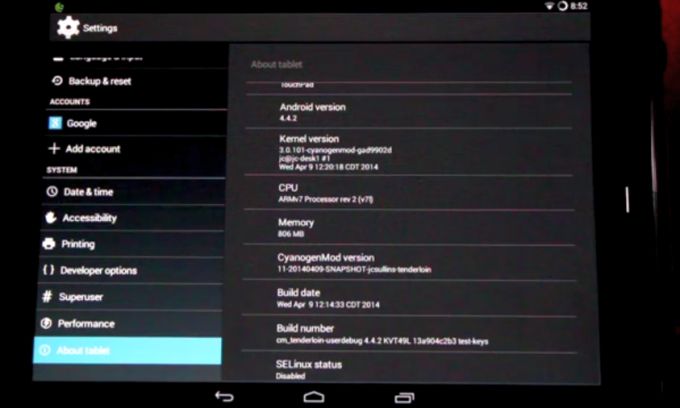 Update: There’s a new tool called TouchPad Toolbox which makes it much easier to install recent builds of Android on the HP TouchPad.

While I wouldn’t really recommend anybody pick up an HP TouchPad in 2014 when there are plenty of cheap tablets available that come with Android preloaded, folks who managed to pick one up during the great $99 fire sale of 2011 can continue to get more life out of their aging tablets with the latest unofficial updates.

Note that this is still an unofficial build of an operating system that’s not supported by HP. Some users have reported problems with Netflix, Google Maps, or other apps and Deschain tells me Bluetooth performance isn’t stellar, and can cause the Touchpad to crash.