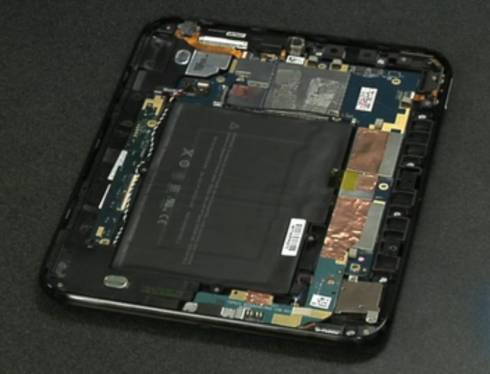 The HP TouchPad doesn’t go on sale in the US until July 1st, but the folks at TechRepublic managed to get their hands on a pre-release model… and then they proceeded to rip it apart.

Tech Republic reports that the tablet uses standard screws which makes it easier to disassemble than the APple iPad, but not as easy as some other tablets.

The good news is it looks like those willing to void their warranties might be able to perform some basic repairs and upgrades to the tablet. The battery can be removed, but not easily. The display and digitizer are separate, which means you can replace one without replacing both.

Of course, you’re on your own when it comes to finding spare parts for the TouchPad. That battery isn’t exactly a standard size. I suspect HP and/or third party companies may eventually offer battery and screen repalcements. But at launch you’re pretty much going to be stuck with what’s inside the case.