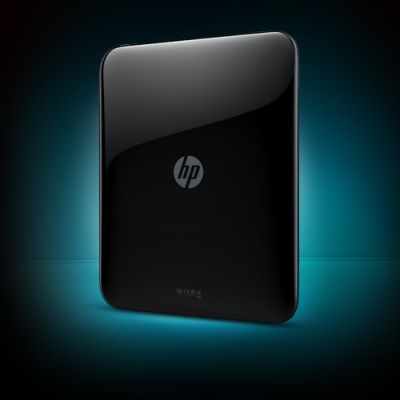 HP has repeatedly stated that while the company is discontinuing webOS hardware including smartphones and the recently launched HP TouchPad tablet, that the webOS operating system will continue. HP is hoping to find a partner to license the software for use on other products — and we may still see software updates for existing webOS devices.

But if you’re not convinced that there’s a future for webOS, there may still be a future for the HP TouchPad tablet if you manage to get your hands on one before the company ships its final tablet.

The HP TouchPad has a 1.2 GHz Qualcomm Snapdragon dual core processor, a 9.7 inch, 1024 x 768 pixel capacitive touchscreen display, and it’s selling for less than the price of an Amazon Kindle this weekend (if you’re lucky enough to find one). The hardware is pretty good — especially for a device that can now be had for as  little as $99.

If you only plan to surf the web, watch videos, or read eBooks, it might not matter that there aren’t as many third party apps for webOS as there are for Android and other platforms. But there’s no reason you couldn’t chuck the webOS software and install something with a little more support and a wider selection of third party apps.

Right now there’s no really good way to replace webOS on the HP TouchPad. But there may be soon.The folks behind the popular CyanogenMod Android distribution have released software that lets you install Android on the tablet. And hackers are already playing around with early versions of Ubuntu Linux on the tablet.

While you won’t get official support from HP for Ubuntu or Android anytime soon, if either project seriously takes off, there will probably be hundreds, if not thousands of independent developers and users working with the software and forming an unofficial support group. More importantly, while there are only a few hundred tablets apps for the HP TouchPad running webOS, there’s already a much wider selection of third party apps for Ubuntu and Android. Installing an alternate operating system could be a way to breathe new life into the tablet, whether you spent $99 or $599 to buy it in the first place.

As of October 13th, 2011, anyone can download and install Android for the HP TouchPad using CyangenMod’s tools. The software is still a little rough around the edges, but for the most part it works. You can follow our step-by-step guide for installing CyanogenMod 7.1 on the TouchPad.

On September 7th, the CyanogenMod team posted a video showing Android 2.3 Gingerbread on the tablet, with support for hardware graphics acceleration and multitouch input.

On September 17th, a second video was posted showing even more features, including working WiFi and accelerometer functions and partially working audio.

Early builds will be based on Google Android 2.3 Gingerbread, but eventually we may see tablet-optimized software based on Google Android 3.x Honeycomb. Of course, depending on how long that takes, it may just be easier to skip Honeycomb and move onto Ice Cream Sandwich — the upcoming version of Android which Google is building for both smartphones and tablets. While Google hasn’t released the source code for Honeycomb, Ice Cream Sandwich source code is expected to be made available.

A competing team of developers called TouchDroid had also been working to get Android up and running on the HP TouchPad, but the team disbanded following a series of internal struggles between team members and the revelation that TouchDroid only managed to get touchscreen drivers working for the tablet by stealing code from CyanogenMod without giving credit where it was due.

I’ve put together some basic directions for getting Ubuntu Linux up and running. I haven’t been able to test these yet, and the process certainly isn’t for beginners. Some areas are still rough around the edges. But users report that this method will allow you to install Ubuntu as well as a number of apps including web browsers, office software, bittorrent clients, and graphical user environments.

The on-screen keyboard words — but it doesn’t currently disappear if you’re using a Bluetooth keyboard. Developers are working on a fix for that problem though.