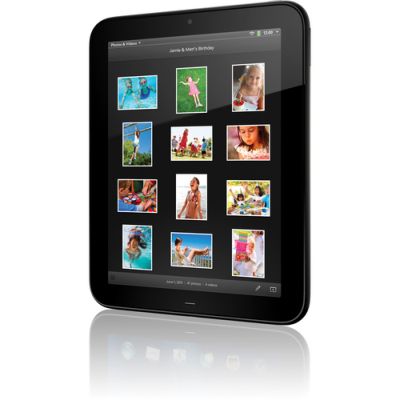 The HP TouchPad may not have sold very well when HP was officially pushing the tablet, but after the company announced it was discontinuing the TouchPad and liquidating remaining inventory for prices as low as $99, the tablet became the must-have gadget of the summer (or late August anyway).

In fact, HP, Best Buy, and every other retailer that had the tablet in stock sold out almost immediately. HP has been promising that there were a few more tablets lying around that would be available soon for those that were unable to take advantage of the deal right away — but now the company is going one step further and promising to actually manufacture a new batch of tablets.

The company says this will be one final run to help meet demand, and there’s no information about how many tablets will be available, whether they’ll come with 16GB or 32GB of storage, or whether HP executives could just change their minds and continue producing the tablet now that there appears to be so much demand.

Of course, that demand is largely driven by the low price, and HP is losing money by selling tablets so cheap — so even if HP does decide to continue making TouchPads after spinning off its PC division, the company will likely either have to raise prices again or reduce the cost of building the 9.7 inch webOS tablet.

There’s also another possible explanation for the final production run: HP canceled the product so quickly that upstream partners were left with a bunch of spare parts that hadn’t yet been assembled. HP has a few choices if that’s the case: Cancel the orders and piss off the suppliers, reimburse them for expenses incurred or just go ahead and manufacture all the TouchPads possible with the parts available and make the component suppliers and bargain-hunting tablet customers happy. It seems like a no-brainer.

Whatever the reason, HP has committed to making and selling some more tablets and should have them in stock in a few weeks (but likely no sooner).

This is good news for webOS enthusiasts, as well as for anyone that was thinking about picking up a cheap 9.7 inch tablet with a 1.2 GHz Qualcomm Snapdragon processor for hacking purposes. You can already run Ubuntu Linux on the tablet, and work is underway to port Android to the device.

Update: It looks like the new batch of TouchPad tablets will only be available in North America.