HP plans to launch a cheap Windows tablet called the HP Stream 7. While the company hasn’t officially announced the product yet, Microsoft mentioned the tablet in July as an example of inexpensive new Windows machines on the way.

Now the folks at Mobile Geeks have spotted a retail listing for the tablet which gives us a better idea of what to expect.

The HP Stream tablets are small Windows devices Intel Bay Trail chips, and a starting price of  €179 in Europe. The 8 inch model will sell for €249 and up. Both models will likely be cheaper when they launch in the United States. 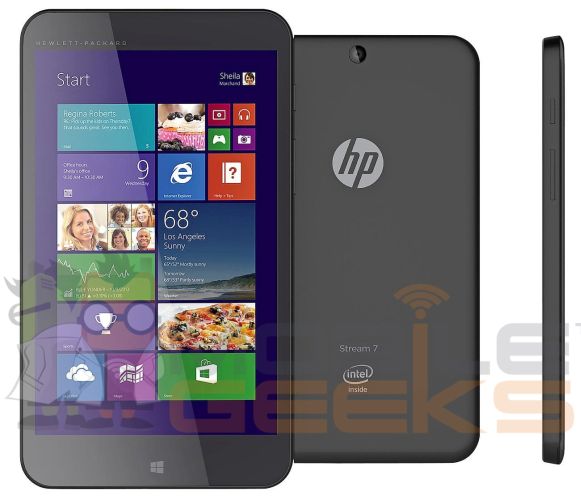 At those prices, you shouldn’t expect premium features… because you won’t get them. Still, the HP Stream 7 looks like it should at least be competitive with Toshiba’s recently-launched Encore 2 tablet which sells for $199.

The Stream 8 has similar hardware, but a larger screen.

Neither tablet has a full HD display, a super-speedy processor, or even a front-facing camera (there’s one on the back though). But the HP Stream 7 sells for about half the price of an iPad mini with Retina display.

HP is also expected to offer a Stream 7 model with support for 3G cellular networks.

4 replies on “HP Stream 7, 8 Windows tablets pop up in Europe”