The HP Stream 11 is a Windows notebook with an 11.6 inch display, an Intel Celeron N2840 Bay Trail processor, and a fanless design.

It also happens to be ridiculously cheap for a Windows notebook. After unveiling the laptop in September, HP is now selling the Stream 11 for just $200.

That’s the list price. Don’t be surprised if you see this little notebook sold at even lower prices as the holidays approach. 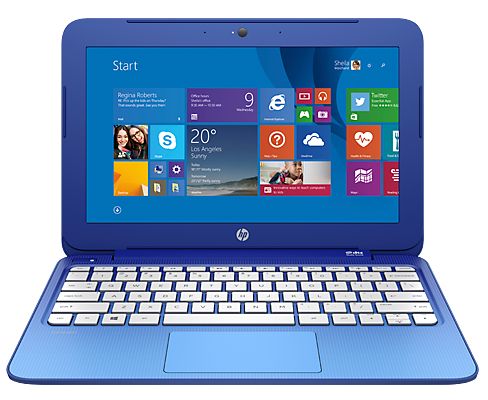 The HP Stream 11 isn’t a spectacular laptop. But it’s easy to overlook some of the notebook’s limitations given its low price tag.

While the display is less than stellar, the amount of built-in storage limited, and the processor relatively slow, for $200 not only do you get a laptop that runs the full Windows 8.1 operating system, but you also get a 1-year subscription to Microsoft Office 365 Personal with access to Word, Excel, OneNote, PowerPoint, and Access as well as 1TB of cloud storage with Microsoft OneDrive for a year.

HP’s Stream family of low-cost Windows notebooks also includes a 14 inch Stream laptop with an AMD processor that sells for $299, and the company has a 13 inch Intel Bay Trail model and an 11.6 inch convertible notebook on the way.