HP’s Spectre x360 is a svelte convertible notebook that becomes a tablet when you push the 13.3 inch display back all the way. It has an aluminum body that measures just 0.6 inches thick, and the Spectre x360 has a starting price of $900.

The first version of the Spectre x360 launched earlier this year and featured an Intel Broadwell processor. Now HP is updating the convertible notebook and offering models with Intel core i5 and Core i7 Skylake processor options.

Prices for the new Spectre x360 still start at $900. It should be available November 8th. 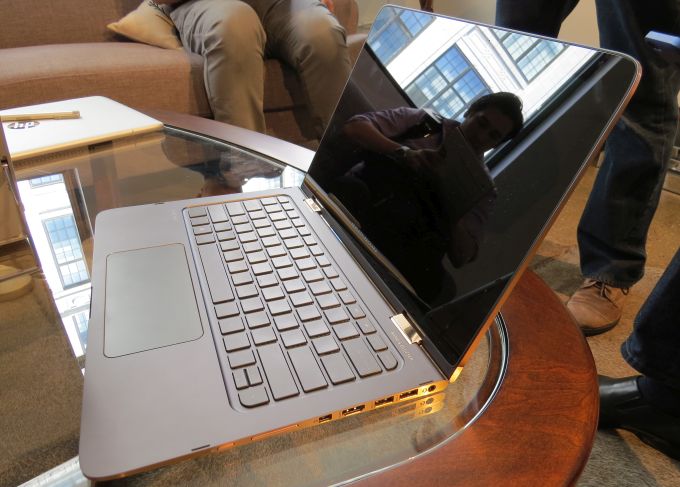 Each model has a backlit keyboard, full-sized HDMI and mini DisplayPort, and three USB 3.0 ports including one sleep and charge port.

HP says you the Spectre x360 should be able to get up to 13 hours and 15 minutes of battery life, which ain’t bad for a 3.3 pound notebook with a Core i5 or faster processor.