HP is updating its Spectre x360 line of convertible notebooks with a new 13 inch model that supports an optional 4K display and a new 15.6 inch model that offers a bunch of improvements.

The smaller model is a lot like the Intel Kaby Lake-powered Spectre 13 x360 HP has been selling for a while. But the new 15.6 inch model has 7th-gen Intel Core processor options, NVIDIA graphics, and a bigger battery than its predecessor. 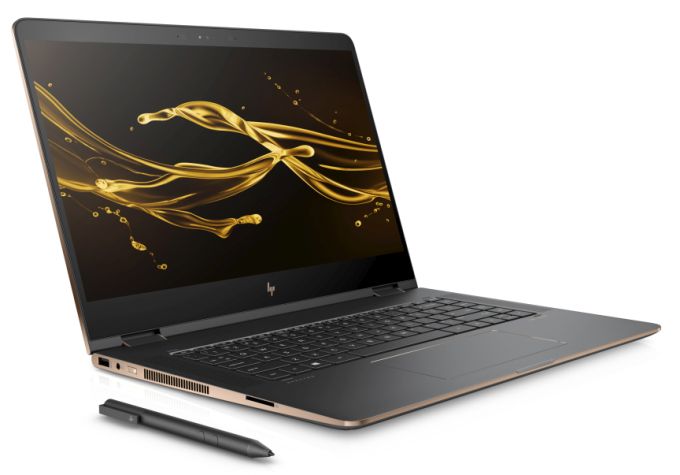 An entry-level model features an Intel Core i7 Kaby Lake processor, 8GB of RAM, and 256GB of PCIe solid state storage, while higher-priced models will be available with up to 16GB of RAM and up to 1TB of storage.

The new 15.6 inch convertible is a little thicker and heavier than its predecessor, but in addition to discrete graphics, it also has a larger battery. HP says the 79.2 Wh battery also support fast charging, allowing you to get a 50 percent charge in about 30 minutes.

On the sides of the laptop you’ll find HDMI, USB Type-A, and SD card ports, in addition to that aforementioned Thunderbolt 3 port.

Other features include an IR camera with support for Windows Hello facial recognition and support for an N-Trig pen in case you want to write or draw on the screen when using the laptop as a tablet (or as a laptop, I suppose).