HP says its newest Spectre x360 premium thin and light laptop offers a 10% boost in CPU performance and 17% faster graphics than the previous-generation thanks to its 11th-gen Intel Core-H35 processor and support for up to NVIDIA GeForce RTX 3050 graphics.

But there are two more things that set the HP Spectre x360 16 apart from last year’s model. First, the new model has a 16 inch display, up from 15.6 inches. And second, it has a 5MP camera with support for AI features, which could come in handy at a time when video conferencing has become a part of everyday life. The HP Spectre x360 16 will be available in October for $1639 and up. 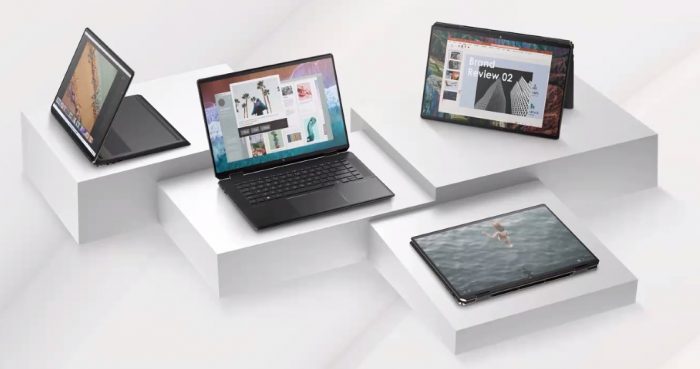 Up until recently, most PC makers stuffed low-quality 720p cameras into their laptops. But the increased demand for decent cameras during the pandemic has started to change that, and HP says its 5MP wide-angle camera not only records sharper video, but also works with HP software to enable artificial intelligence features including:

The camera also has infrared features for use with Windows Hello face recognition and there’s a shutter that can cover the camera when it’s not in use. The notebook also has a fingerprint reader. 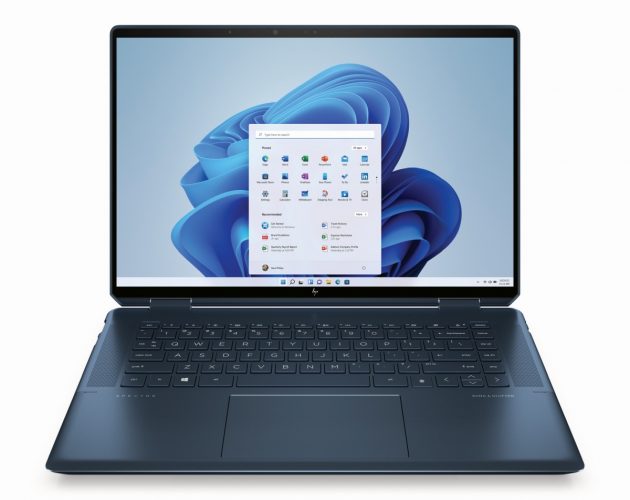 The HP Spectre x360 16 is powered by up to an Intel Core i7-11390H Tiger Lake-H35 quad-core processor with Iris Xe graphics, features DDR4-3200 memory (soldered to the mainboard and not user upgradeable), and comes with a PCIe NVMe SSD as well as support for optional Intel Optane memory. 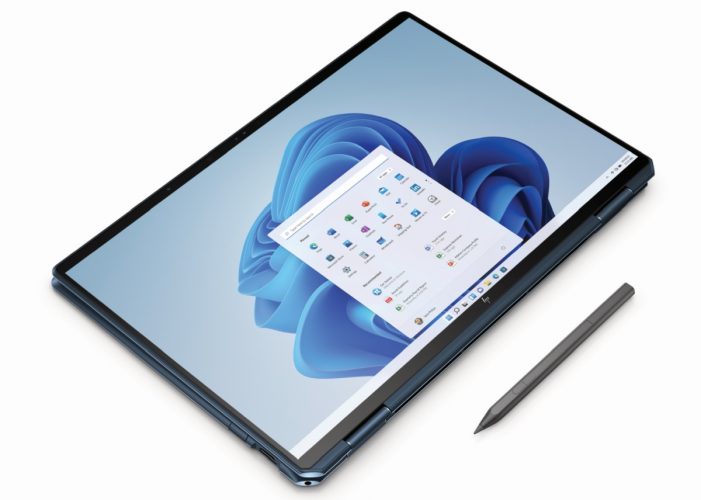 Since the Spectre x360 16 has a 360-degree hinge, you can fold the screen back for use in tablet, tent, or stand modes as well as traditional laptop mode.

Ports include two Thunderbolt 4 ports, an HDMI 2.0b port, a 10 Gbps USB Type-A port, and a headset jack as well as a power jack (you can also use the Thunderbolt ports for charging though). There’s also a microSD card reader.

Wireless features include support for up to a WiFi 6E and Bluetooth 5.2 card. 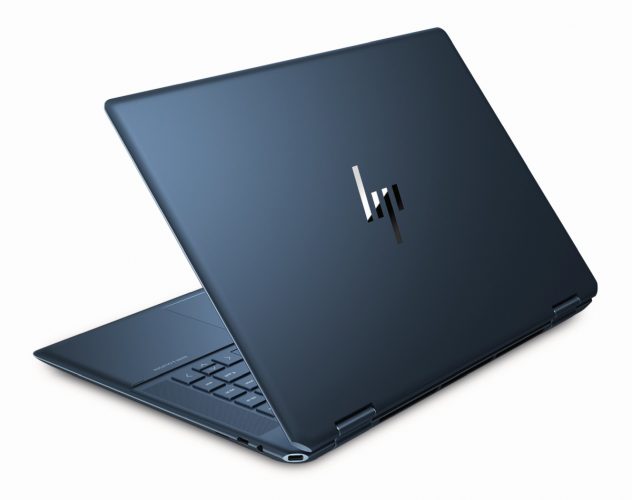 The laptop has a backlit keyboard, quad speakers with Bang & Olufsen audio, and an 83 Wh battery. It comes with a 90W power adapter and HP says you can charge the battery from 0 to 50% by plugging it in for 45 minutes.