The new HP Spectre x360 13.5″ laptop is a 3 pound convertible notebook with a 12th-gen Intel Core U-series processor, support for up to 32GB of RAM and 2TB of storage, and a 66 Wh battery.

As part of HP’s Spectre line of premium notebooks, it’s got a sleek design and some nice extras like quad speakers and support for an optional OLED display. But what makes it stand out from earlier members of the Spectre family is that this notebook has a 3:2 aspect ratio screen. 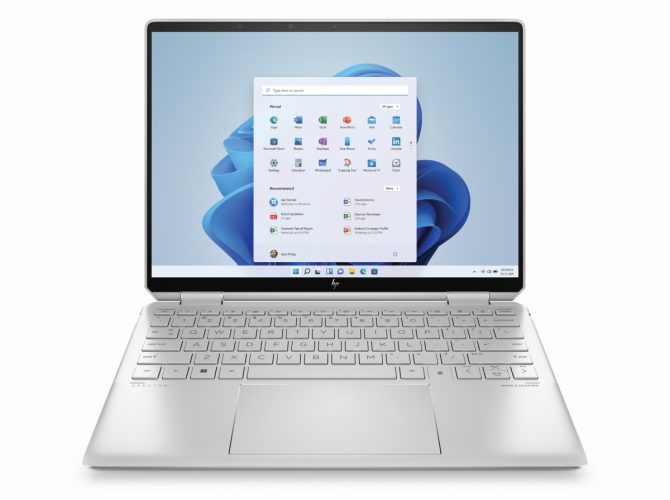 Aside from the display, the laptop also has a better webcam than most. HP has equipped the Spectre x360 13.5 with a 5MP IR webcam that works with HP’s camera software to help you look better during video calls with features like automatic framing (keeping you in the frame as you move), automatic backlight adjustment, AI noise reduction, and dynamic voice leveling.

There’s also a shutter that covers the camera when you’re not using it. 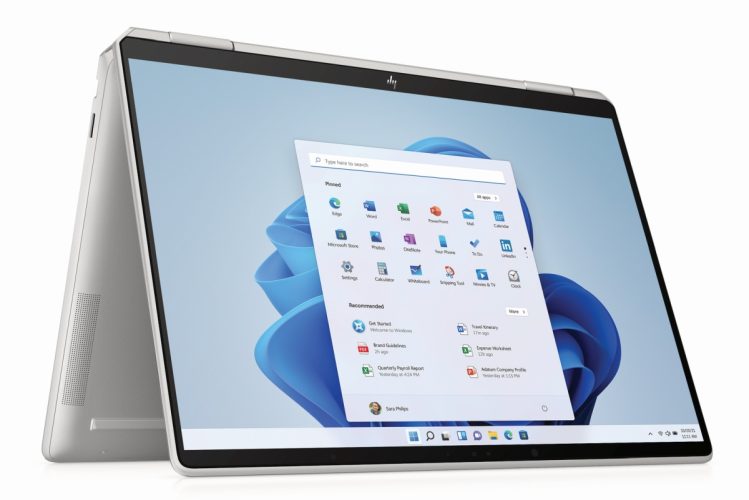 The RAM is soldered to the motherboard, by the way, so it’s not user upgradeable. That means if you want more than the base 8GB of memory, then you’ll need to pay extra to purchase a laptop that comes with 16GB or 32GB pre-installed.

Ports include two Thunderbolt 4 ports, a USB 3.2 Gen 2 Type-A port, a headset jack, and a microSD card reader. And the notebook comes with an HP Tilt Pen with support for pressure-sensitive input using Microsoft Pen Protocol 2.0. 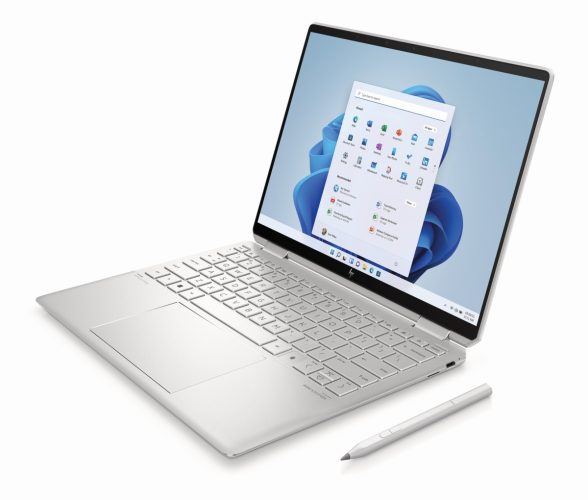 Other features include support for WiFi 6E and Bluetooth 5.2, a fingerprint reader, and a 65 watt USB Type-C charger that can take the battery from 0 to 50% in 45 minutes. 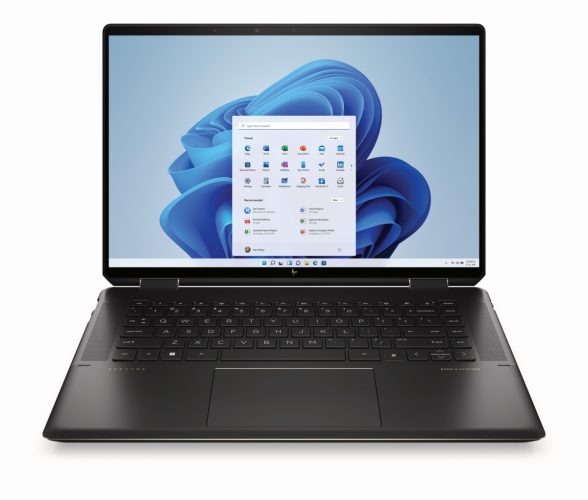